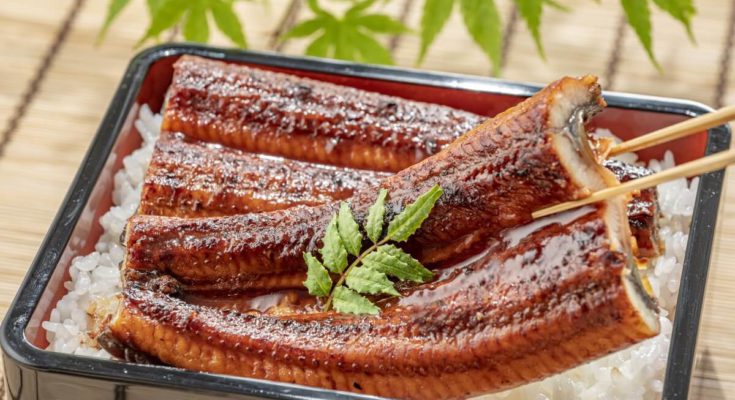 Have you ever eaten Unagi, or eel? It looks really delicious, doesn’t it? There is a Japanese custom of eating eel on a certain day during the hottest days of summer to prevent summer heat fatigue. The day is called Doyo no ushi, or the Day of the Ox. There are other customs practiced during Doyo for paying particular attention to one’s health. Today I’d like to introduce some of them.

Strictly speaking, the term Doyo refers to the 18 days that precede the beginning of each of the four seasons as defined by Japan’s old solar calendar. However, it is the 18 days before the beginning of autumn that is most commonly referred to by this term. It is usually quite hot during this period which is from late July to early August, so people in Japan have customarily practiced some traditions since ancient times to take care of nature or their own health. Especially on Doyo no Ushi, or the Day of the Ox, there are some traditional things to do.

When Is Doyo no Ushi?

There are twelve zodiac signs in the year, but they also apply to days and repeat every 12 days. Therefore, during the 18 days of Doyo, the Day of the Ox will come once or twice. On this day, which overlaps with the end of the rainy season, it is a common practice to eat something or to do something that nourishes the body and gives it spirit. People in the old days probably knew empirically that the turn of the season was a time to be especially careful with their health.

On the Day of the Ox, Eat Eel or a Food Whose Name Starts with “U”!

Don’t you think the eel dish in the picture above looks great? I took this picture at a restaurant in Ise, Mie Prefecture, which is my husband’s hometown. Even in Japan, not so many people know that Ise City is famous for their good eel dishes. This restaurant, called Inazuma, serves such tasty eel dishes at a reasonable price and it is one of my favorite places.

The custom of eating eel in the summer has been around for a long time, and there is even an ancient song that says, “Because you are thin, why not catch and eat eels that are effective for losing weight in the summer?” Eel is said to be rich in vitamins A, B, E, D and other nutrients. It is well known that the reason we eat eel on the Day of the Ox started because a Dutch scholar, Hiraga Gennai, advised an eel shop, whose sales were sluggish, to post “Today, the Day of the Ox” and so it became popular.

There is a legend that if you eat something whose name starts with “U”, you won’t suffer from the summer heat. Other examples of such foods are Udon, melon, pickled plum,etc.

Udon noodles are easy to prepare, easy to eat even when you have no appetite because of the summer heat, easy to digest, and more easily nourishing. On hot days, cold Udon dishes are perfect! If you put some vegetables on it, it will look wonderful and stimulate your appetite.

There are a wide variety of gourds and melons, like cucumber, watermelon, zucchini, or pumpkin. Those are in season in the summer and are rich in potassium that serves the  function of removing sodium and regulates excessive salt intake. It also regulates the osmotic pressure of cells to keep the pH balance of body fluids constant.

Pickled plums are made by salting the plums harvested in June. After the rainy season is over and the salted plums are aired under the sun during Doyo, it’s about time to eat. Pickled plums contain a large amount of citric acid. They taste salty and sour, and work well on beating summer fatigue. Adding some pickled plum on top of a chilled Udon dish would be perfect for me. But be careful here! Eating eel and pickled plum together is said to have a harmful effect on your digestion. I’m not sure there is any scientific conclusion on this matter, though.

Cucumber blessing is an event held at a temple on the Day of the Ox to overcome the scorching summer. It is said that a monk, Kobo Daishi, spread the custom, and it is also called “Kyuri Huji”. People pray to contain illness and calamity in the cucumber and bury it in the soil. When the cucumber returns to the soil, the disaster will disappear with it. It is still held at many temples. If you are interested in it, why don’t you ask and visit a temple nearby?

There is a custom called “Doyo-boshi (summer airing)”. Doyo comes around the end of the rainy season, so people air various things in this dry summer period. There are three types of airing.

Umeboshi literally means dried plums. During the process of making pickled plums, it is necessary to dry salted plums in the sun for about three days during the Doyo period. This process brings a bactericidal effect and makes it possible for the plums to be stored for a long time. Actually, I have 10-year-old pickled plums and they are still in good condition.

Japanese rice farmers drain water from rice fields and leave them to dry during Doyo. When the rice fields dry, the rice grows deep into the soil in search of water, so it is said to be strong enough to resist typhoons.

A festival called Mitarashi Matsuri is held at Shimogamo Shrine in Kyoto Prefecture. I really liked this festival when I was a kid because there are many street stalls for snacks or toys along the approach to the shrine.

In the Heian period, around the 8th century, at the turn of the seasons, noble people purified themselves and exorcized their sins and impurities. It is said that soaking your feet in Mitarai-ike Pond on the Day of the Ox exorcizes sins and stains, and is effective against epidemics and helps make easy childbirth. Every year on the Day of the Ox, “Ashitsuke-shinji (soaking-feet-in-water ritual)” is held at the Mitarai-sha Shrine enshrined in the Mitarai-ike Pond in the precincts. Men and women of all ages gather and wade up to their knees into the pond to pray for good health.

You may notice there are some stalls selling dumplings in front of the shrine. The dumplings are called Mitarashi Dango (dumplings), which were first made and offered by a parishioner at the Mitarashi Festival. There are five dumplings on a skewer, one at the tip and the other four are placed at a bit of a distance. It is said that it originated from the legend that when Emperor Go-Daigo went to the shrine and scooped the water in the Mitarai-ike Pond, one bubble floated up and four bubbles followed after a while. There is another story that the first dumpling represents the human head, and the other four represent the limbs. The dumplings represent the human and were offered to the gods as a doll to ward off evil.

Summer in Kyoto is very humid and hot, so if you visit here on the Day of the Ox, I recommend you dip your feet in the cold and sacred water in Shimogamo Shrine and cool your body. I’m sure it will work wonders on your summer fatigue.

2 Comments on “Make the Most of Natsu Doyo (夏土用), the Hottest Days in Japan”

Hello Kerry, Thank you for reading my …

Hello from Hawaii, Reiko. We are plan…

Mieko Machida - How about taking a break in a rooftop garden, an urban oasis?

Hi Akiko san! Thanks for reading my …

Mieko Machida - How about taking a break in a rooftop garden, an urban oasis?

Hi Akiko-san! Thanks for reading my art…

Akiko - How about taking a break in a rooftop garden, an urban oasis?

On the Japanese sense of beauty