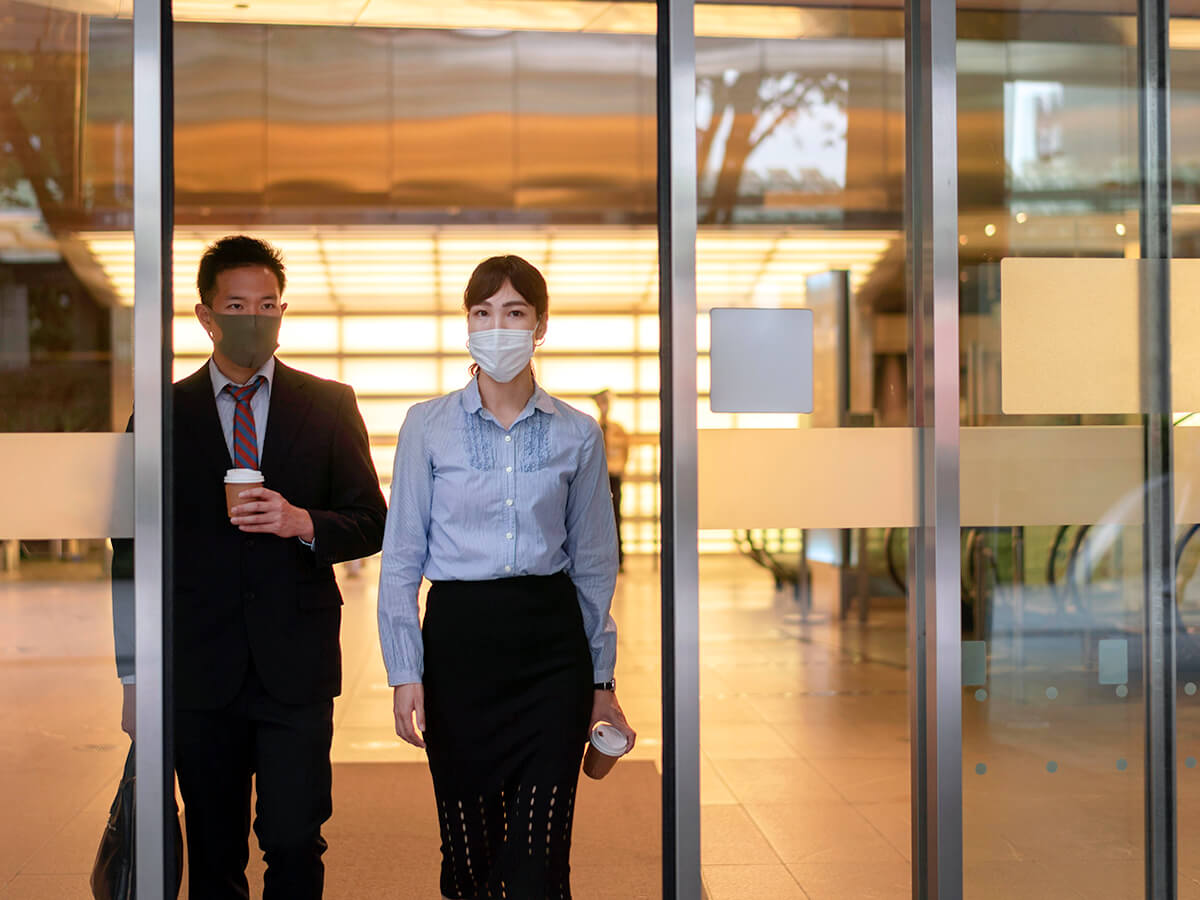 Have you ever wondered what customs and manners are commonly shared with people who are working for Japanese companies? What are the appropriate ways you need to react to your Japanese customers, bosses and colleagues in certain situations?

There are more and more Japanese companies that are willing to hire non-Japanese nationals due to the severe plunge of the birth rate and the ultra-fast aging society, which is one of the biggest issues that should be addressed in Japan.

In the meantime, there are also Japanese companies, like Rakuten, introducing English as their “official common language” when they are working, but still, you might as well learn the basic, common Japanese business manners that are taken for granted by Japanese people, especially if you are seeking your professional career here in Japan.

Although there are obviously so many other detailed rules,both big and small,  that I can’t introduce in this article, here are some basic notes that you might need to keep in mind.

Greetings are considered the most vital communication in Japanese society. As a native-born Japanese citizen, I still clearly remember that I was told by my parents and teachers at each different stage all the time that greeting the people around me is the most important and fundamental thing to keep good relationships with others.

Needless to say, this also applies to the business environment. You need to say “おはようございます(Ohayou Gozaimasu i.e. “Good morning”) when you meet someone you know at the office in the morning. When you need to show your gratitude, you’ll say ありがとうございます(Arigatou Gozaimasu i.e.” Thank you”). At the end of the day, you need to tell your bosses and co-workers “おつかれさまでした(Otsukaresama Deshita)” when you leave the office without fail.

“おつかれさまでした(Otsukaresama Deshita)” is something unique to the Japanese language and there is no direct English translation for this word, but the basic idea here is to show your warmness to your bosses and colleagues after finishing work. If you leave the office without saying anything, it would definitely bring a bizarre atmosphere.

When you meet, make a phone call or send emails to your regular client, you are supposed to say “お世話になっております(Osewani Natteorimasu)” at the very first. “お世話になっております(Osewani Natteorimasu)” is a very unique phrase and there is no direct English translation for this phrase as well, but generally speaking, we use it  to express “It’s my pleasure to meet you,” “Thank you for your consistent assistance to us,” or it also can be “I’m look forward to working with you.” This phrase has multiple meanings. Listening to when, how, and what situation Japanese people say it in may be  good practice for non-Japanese national people to understand what it stands for.

When you come across someone, especially someone who is at a higher rank or older in your company, in your company’s building, for instance, it is highly expected that you would bow to rather than talk to the person to show your politeness. In fact, it might be considered kind of rude if you are approaching and speak to the person, especially when they are in a rush. Even if you personally know the person very well, it is strongly advised that you avoid talking to them.

There are basically three different types of bowing depending on the situation. Bowing lightly, the exact recommended angle from some business manner tips is 15 degree, is called 会釈（”Eshaku”）. We use it when we are passing by someone. Bending your upper body 30 degrees is called お辞儀（”Ojigi”). In this case, you are showing politeness and respect to others.

This is used mostly when you meet someone for the first time regardless of the rank they are in. And the last one is bowing deeply at 45 degrees, which is called 最敬礼（”Saikeirei”. It shows your deepest respect to someone who is from the royal family or a VIPs and it also can be used when you need to apologize to someone sincerely. For example, when you drop the ball at your work and you need to apologize for what you’ve done, then just bow at 45 degrees with the phrase 大変申し訳ございませんでした(“Taihen Moushiwake Gozaimasendeshita” i.e. “I am terribly sorry for what I have done”), I can’t guarantee that they would forgive you with this action only, but it is absolutely an expected behavior when you screw up something at work.

2. Punctuality is appreciated more than anything

As you might have heard of how astonishingly punctual the Japanese train systems are, punctuality in the business environment is absolutely essential too. If you are told to come to the office at 9:00 am, for instance, I could’ve sworn all Japanese employees expect you to be at the office at least 5 minutes earlier and get the work started on or before 9:00 am. Otherwise, although no one would probably point it out directly, you’ll be considered a lazy person unless you have inevitable reasons for being late.

“Ho-Ren-So” is an abbreviation word for the business attitude in Japan. “Ho” stands for “Hokoku (report),” “Ren” for “Renraku (communicate), and “So” for “Sodan (consult).”

In Japanese companies, in most of the cases, people are usually working as a team or in a small unit that consists of 2-3 people, and a director or manager wants to know how well their team members are proceeding with the work. Therefore, every time you get new information or make progress at your own task, you are expected to report it to your boss. If they hear the information from other people and they come to know that you already knew it, but you didn’t actually tell them, then you’re highly likely to be in hot water.

When you get stuck with a problem, you need to consult and ask them for advice  because they don’t want to waste time on dealing with the problem that is getting worse and worse while you hesitate to inform them.

If you don’t do 報連相(Ho-Ren-So) at work, people in your company automatically start thinking that you are incapable, and they don’t trust you. This is very important and fundamental.

As I wrote in the beginning, there are tons of other specific rules conducted in real daily business situations in Japan. I might continue introducing other important customs in future articles.