Places To Go Next.

Have you been to Japan? Have you explored shrines and temples while in Japan?

Visiting the historical buildings in Japan is an amazing experience, since they are dating back to the ancient era. In most cases, people who have visited Japan would’ve probably experienced it because the history of over a thousand years usually piques your interest and curiosity. But didn’t you feel that something was just not there?

The places that I introduce in this article are out-of-the-ordinary shrines and temples in Osaka that have even more intriguing features. If you want to see Japanese bizarre religious views, you might want to read this article to the end.

I promise that I won’t bore you.

“Hozenji Temple” is a small temple located on a narrow alley right behind a bustling popular street, Doutonbori. The statue of “Fudo Myoo” (Acala) here looks one of a kind because it conceals its appearance full of valor and fury. Since worshippers pray for good fortune by pouring the water on him, he keeps wearing green moss as if he has been parasitized by it. That’s the reason why it’s also known as “Mizukake Fudo” (The Statue of Acala with Sprinkled Water).

Additionally, the alley that leads to this temple is one of my favorite places because it has a retro feel that makes you forget the hustle and bustle of the downtown. It’s going to be a nice escape from the consumerist chaos.

Speaking of “Yasaka Shrine,” it might remind you of a renowned, venerable, top-notch shrine in Kyoto. However, this “Yasaka Shrine” is also well-known in a way, the reason being that there is an unparalleled unique sanctuary called “Shishi Den” (Lion Palace) in there.

Who believes that they are not kidding? But this is no joke. They mean it.

As evidence, this place is considered the strongest spiritual energy site in Osaka, and the Shinto ritual that takes place here is designated as an intangible folk cultural property.

It’s just a 10-minute walk from Namba Station on various lines. You should add this place to your itinerary.

This is the highlight of this article. “Senkoji Temple” is a local temple in the old town of Osaka, and it’s located in the shopping street that was left behind the development. This temple is known as the place where you can experience hell. Above all, the exhibition hall called “Jigoku Do” (Hell Hall) that represents hell is the centerpiece here. The realistic exhibits make your blood run cold, and its hair-raising fright puts any haunted house to shame.

If you concern yourself about the aftershock of the traumatic event, don’t worry about it. The hall right next to “Jigoku Do” is a place that heals your fear called “Hotokenokuni” (Land of Buddha). As a matter of fact, they built this hall for telling us the importance of life but not for making us scared.

I hope you will enjoy this macabre experience of catching a glimpse of the world after death.

Thank You For Reading

As someone who doesn’t have that much interest in Japanese history, I suppose that visiting shrines and temples might feel boring depending on the person from time to time. Each building might look the same, especially for people who have a certain amount of experience.

However, you will be able to taste the funky aspect of Japanese religion in the places I brought up in this article.

The next time you come to Osaka, why don’t you visit places like these?

I am a native-born Osaka local who has been living here for more than a half century. The reason being that I started studying English is to assist overseas tourists in need on the street. With this difficult situation of the on-going COVID-19 pandemic, I can’t see myself helping tourists in-person. That’s why I decided to partake in making this blog. I hope this helps you guys.

Onji Jinja, one of the oldest Shinto shrines in Japan 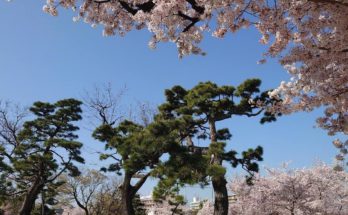 The Three Best Cafes in Osaka

Hi Yara, Thank you for reading my artic…

Hi Dia! Thanks for reading my article. Y…

Hi Rei-san, With the title itself, I …

Dear Akiko-san, Thanks for listening to…

Onji Jinja, one of the oldest Shinto shrines in Japan

Why do Japanese people go to shrines?