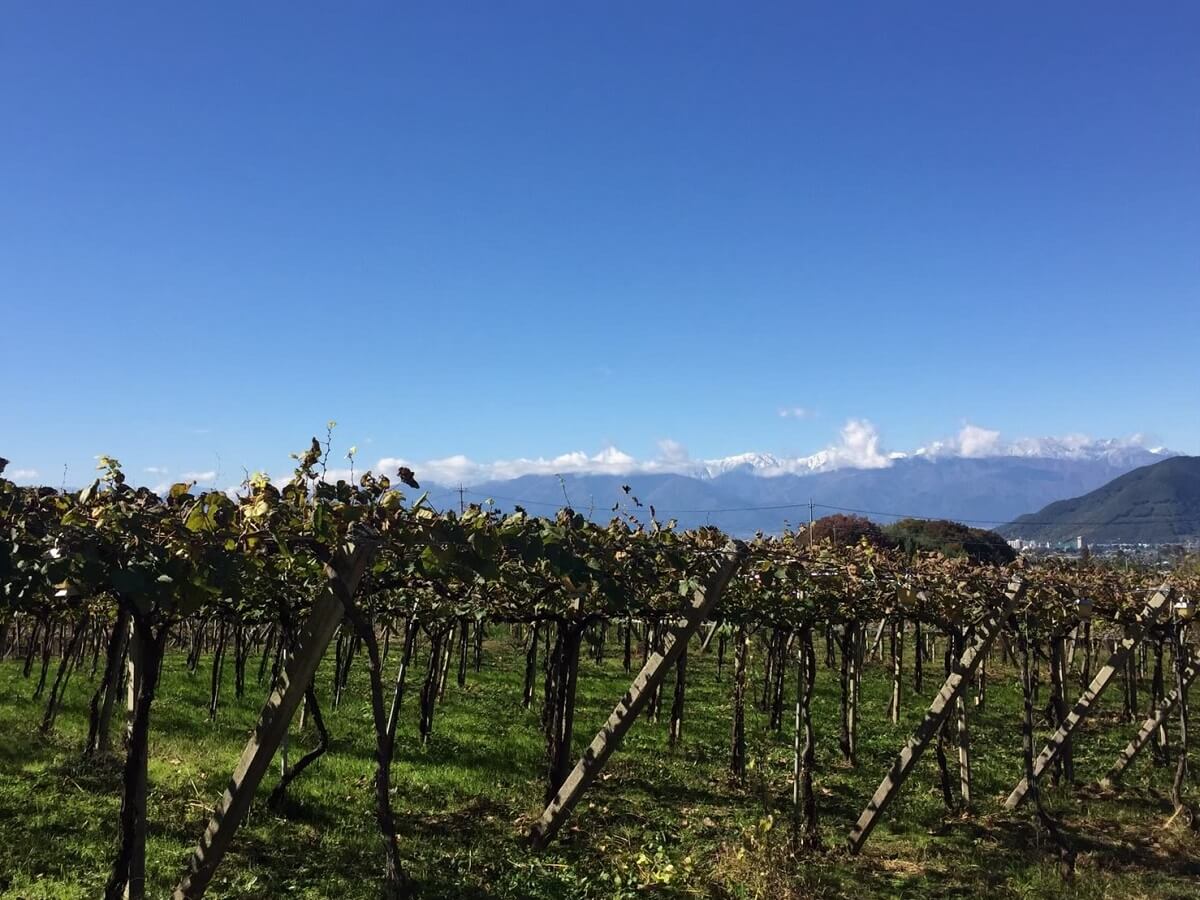 Bordeaux,  Bourgogne, Napa Valley and more are well known for their production of fine wine.  Japan is not a big player yet, but there are good Japanese wineries that wine lovers are paying attention to.  In recent years, Japanese wines  have been highly appreciated in competitions around the world. While there are wineries all over Japan, tasty wines are produced in Yamanashi, famous as one of the few grape-producing areas.

Koshu in Yamanashi has a long history of grape growing.

Koshu is a city in Yamanashi. It is located northwest of Tokyo. Grape growing started more than 1,000 years ago.  The place is surrounded by high mountains, and the city is inside the Kofu Basin.  Because of these geographic characteristics, rain clouds hardly cross over the basin and there are more sunny days. Also the temperature gap is large between day and night. And the soil has been improved by farmers.  These are the reasons why Koshu is suitable for grape farming.

How did Koshu grapes come to Japan?

The name of the city, Koshu, is the name of the grape variety.  It is said that this grape  traveled from the Caucasus region to China via the Silk Road and then to Japan during the Nara period of the 8th century. This Koshu grape has a good balance of sweetness and acidity and is suitable for the climate of Yamanashi.  And the production volume of Koshu grape wine is the largest in Japan.

How did the Japanese wine industry start?

Grapes were already in Japan around the 8th century,  1300 years ago. In the Meiji era starting in 1868, winemaking started as a nationally promoted industry in Yamanashi Prefecture.  But at that time, winemaking was not easy, and “Dainippon Yamanashi Wine Company” (Mercian) was established in 1877.

The company sent two young men out to study winemaking in France. After coming back to Japan, they started growing grapes and making wine by using their new knowledge. But the winemaking was not easy, and the process had to be localized.  Trials and errors were repeated throughout the 20th century.  It was not long ago that winemaking became successful with new production techniques, and Koshu wine came to have values that can be offered to the world.  In 2016, Koshu wine had the big honor of being served to global leaders at the G7 Ise Shima Summit.

White wine made from the Koshu grape variety has the tastes of  grapefruit and lemon citrus with a refreshing aroma and mild acidity. The Koshu was registered in 2010 by OIV ( International Organization of Vine and Wine), and Koshu wine can be sold with the name of  “Koshu.” This wine is categorized as “all-round wine.”  And it goes well Japanese food but also Chinese, French, Italian and other dishes, particularly vegetables.

Muscat Bailey A is also popular as a Japanese grown grape, and it is used to make red wine.  This grape was developed by Zenbei Kawakami, the founder of Iwanohara Vineyard in Niigata Prefecture in 1927. Now it is produced all over Japan and is the black grape used for red wine more than other varieties. This red wine has such a light sweet aroma as strawberries and candies. It is good for dishes with soy-based sauce, for example, yakitori, sashimi and pork shabu-shabu as well as Western food like tomato pasta or pizza.

My friends and I started to visit Koshu wineries 5 years ago. There are 80 wineries in Koshu Valley. “Genuine Japanese Wine” must be very interesting. I will introduce some of my favorite wineries.

They have a long history in Katsunuma of over 130 years, and have won awards in international competitions. If you could join the winery tour, you would see stone  fermentation tanks underground. There is a wonderful restaurant “Zelkova,” where you can enjoy sparkling wines, mainly using Koshu grapes.

Katsunuma Jyozo used to be a silk producer before they switched over to growing grapes about 80 years ago.  It’s the most famous winery in Katsunuma.  They are the ones who started introducing Koshu to the world . Their tasting room is a piece of-Japanese architecture of the 19th century, and there is a terrace facing the vineyards, where you can enjoy a glass of wine.

A boutique winery called Ikeda Wine was opened in 1995. The owner moved to Katsunuma to make wine in the town. The tasting room has a good atmosphere. Tasting is available for some charge.  It becomes free upon purchase.  I like the natural taste of their Koshu and Muscat Bailey A.

The winery’s main building is a Japanese folk style house that is more than 100 years old.  There is a chic, stylish tasting room. The owner sticks to organic viticulture or making organic wine. Kurambon was named based on a story of “Yamanashi ” written by a famous Japanese fairy tale author, Kenji Miyazawa.  When I visited this winery, I found the staff was so very kind, and I became a big fan.

Beyond grapes. Yet still grapes

When you see garbage trucks, you will understand how important grapes are for Koshu people. They are colored purple like grapes.  You don’t see such garbage trucks in other parts of Japan.

In Koshu city, fire hydrants and manholes are covered with lids with grape art.

Daizenji Temple is the oldest building in Kanto.  There, you can see a national treasure, the statue of Yakushi Sanson. The statue of Yakushi Nyorai with grapes in his hand can only be seen once every five years. I have not had a chance to see them. The next opportunity is coming in October of 2023.

There is a Japanese-style garden made in the Edo period. You can sit back and relax  while drinking wine or matcha in the garden. They have a guest house as well.  So you can stay overnight and enjoy dishes made with Yamanashi ingredients.

A place to find Koshu wines and more all at once

Nitta Shoten has been selling local sake and rice for three generations since 1939. It sells about 500 kinds of wine, local sake and shochu from 120 wineries nationwide, mainly in Yamanashi Prefecture. You can find excellent Koshu wines at this shop.

You could plan a day trip from Tokyo: https://www.jreast.co.jp/multi/en/traininformation/

* Some limited express trains from JR Shinjuku Station do not stop at Katsunumabudokyo Station.

Japanese wine is currently produced in most of the 47 prefectures, from the northern area to the southern islands.  If you visit Japan, please try to taste local wine. The climate and soil of Japan vary from place to place. You could enrich the memory of your trip.

I was born, raised, and have been living in Kanagawa prefecture for more than 50 years. I like trekking and eating local food with my friends. We plan to go somewhere on a one day trip once a month. I want you to know the good local places I went to. 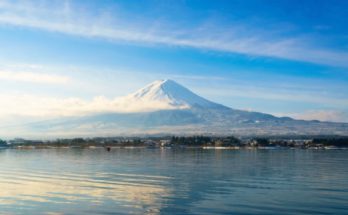