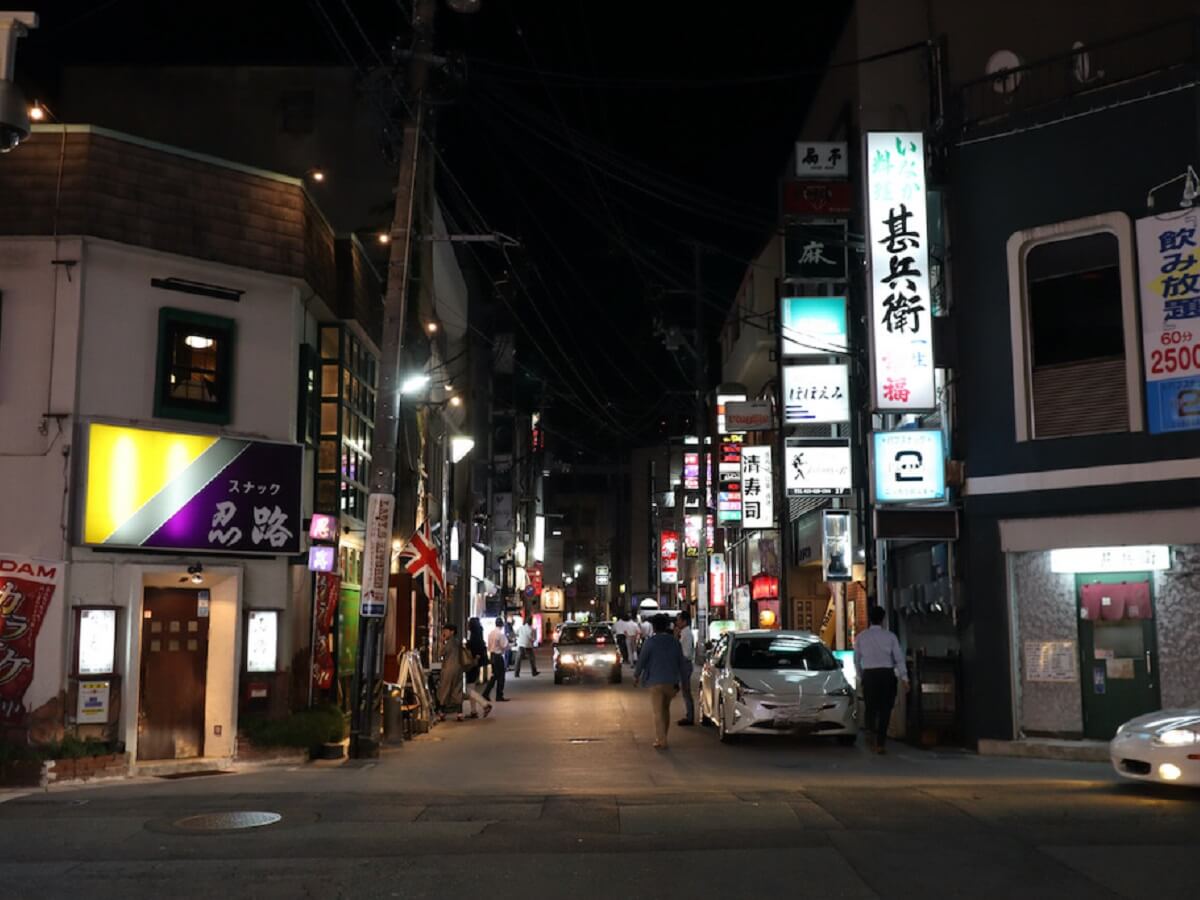 Do you often drink alcohol? If your answer is yes, where do you usually prefer to drink? It’s of course OK that you drink at home, but I prefer to drink at an izakaya (居酒屋), which is a style of Japanese bar. In an izakaya, I’m sure that you’ll experience many unique things that you can‘t at home. I’ll describe them for you, and I hope you’ll enjoy it!

The origin of izakayas

What is the origin of izakayas? If you want to get the answer, you have to go back to the Edo period to retrace its changes. In the early Edo period of Japan, it seems common that people of the time would buy alcohol at a liquor store, which is called a sakaya (酒屋) in Japan, and drink it at home. Time passed to the middle Edo period. In those days, it is said that they would not take the alcohol out of their home but drink while standing in the sakaya and chat with the staff and regular customers there. Furthermore, the staff would get to serve food so that customers could enjoy staying there. This was called a kaku-uchi (角打ち), and it exists throughout Japan in the same style even now. In addition, a shop where you only eat and drink while standing is called a tachinomi (立ち飲み), and this still exists as well. As the times changed, a shop in which the customers eat and drink while taking their seats appeared and came to be called an izakaya. In this day and age, there are izakayas not only in the traditional Japanese style but also in several other styles. The history is so interesting!

An appearance of an izakaya is filled with uniqueness

When you get to an izakaya, you should look over its appearance before going into it. Typically, a shop curtain is hung at an entrance and a red paper lantern is hung beside the entrance. The appearance of each izakaya  shows you how it has developed its own history, and I’m sure you come to immerse yourself in  being in Japan.

About otoshi or tsukidashi: an appetizer in an izakaya

Taking your seat, you will be served an appetizer in most izakayas. In the Kanto region, these appetizers are called  an otoshi (お通し). On the other hand, in the Kansai region, they are called a tsukidashi (突き出し). Why is the name different by region? Apparently, the reason is because of the difference in meaning. In the Kanto region, it is served when you order for the first time, and it means that the order is correctly received. On the other hand, in the Kansai region, it is served immediately after taking your seat, with or without your order. Most of the time, it is part of the table charge and is automatically included in your check. I bet you’d say to yourself, :I wonder why the appetizer was served in spite of the fact that I didn’t order it. Should I tell the staff this?” The answer is no! You don’t have to say anything about it. Actually, not all izakayas serve these appetizers, and you can say ‘No, thank you’ when you need it. However, it is one of the ways that you can experience the unique characteristics of  izakaya and absolutely goes well with alcohol, so you should definitely eat it!

The combination of food and alcohol is a real charm

When you order something to eat or drink in an izakaya, you should be conscious of a combination of food and drink in order to enjoy Japanese food culture as much as possible. By the way, what is the best way to make a combination? I would advise you to choose from each izakaya’s recommendations. Furthermore, each lineup greatly depends on the season when you visit there. If you can read Japanese, you can make your decision based on the  menu. In terms of alcohol, I often drink Japanese sake because its taste is well-coordinated with local foods in season.

It is true that you will enjoy an izakaya enough even if you’re only eating and drinking there, but as with bars in other countries, it is also a place to communicate with others. When they’re getting drunk, the customers often get talkative and chat with others and the staff, even if they don’t know each other. I think that makes its ambience very comfortable. In my case, most interactions with other customers end up being a one-time thing, but occasionally, it develops into a relationship of contacting each other by Facebook, Instagram, and all that. This is one of the things I value most in my life. Even if you can’t speak Japanese very well, find the courage to talk to the customers and the staff. If you get along with them, you will enjoy an izakaya all the more.

If I have an opportunity to write on this blog again, I will introduce you to some of the izakayas throughout Japan I have visited. Thank you for reading. Enjoy drinking!

I was born and raised in Sagae, Yamagata Prefecture, which is famous for its cherries. I majored in chemistry at the university and the graduate school because I am interested in chemical technologies after learning chemistry at preparatory school. My hobby is bar hopping, and I have visited hundreds of izakayas. My future dream is to visit them in all the prefectures in Japan. I write a blog about Japanese bars. The title of the blog is, “Sakaba Writer ni narumadeha shinen!”（酒場ライターになるまでは死ねん!)”. It is written in Japanese only now, but in the future, I want to write it in English. I’m so glad to check it out!