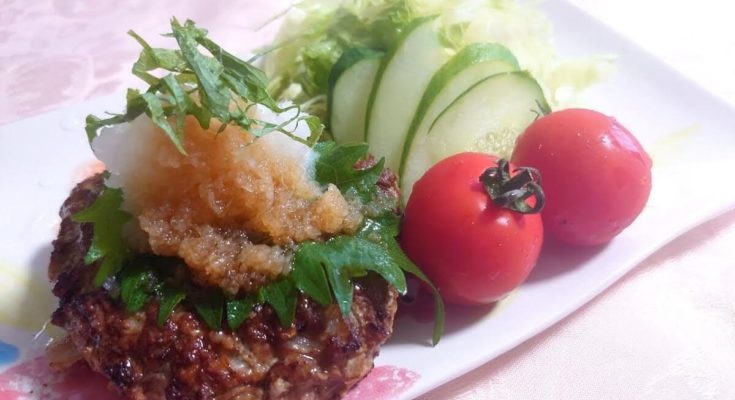 When I was a child, I was always looking forward to eating out at restaurants. The reason was so that I could eat many kinds of western foods that my mom couldn’t make. To my mom’s credit, she is really good at cooking, but I really wanted to eat some special dishes using a fork and knife. Today, I’m going to talk about one of the most popular Japanese dishes, “Hamburg steaks.”

Where are Hamburg steaks from?

There are various theories about where the Hamburg steaks are from. One of the most convincing ones is that the origin is based on “tartar steaks” from the Mongolian Empire. In the thirteenth century, “Tartar steaks” were made with chopped horse meat. Because it was too tough and its smell was so strong, the Mongolians made it with chopped onions and some spices.

In the sixteenth century, it came down to Hamburg in Germany and caught on with working-class people who could afford to buy cheap and tough meat. So, to make it more hygienic, they started roasting it. Then, they shifted from using horse meat to beef.  It is said that in the eighteenth century, a lot of German people moved to the United States. When the American people saw German people eating the beef tartar steak, they called them “Hamburg steaks.”

It seems that Japanese people started making Hamburg steaks at home in the mid-1950s. During those times, beef was so expensive in Japan. So, people got more creative with making Hamburg steaks by adding eggs, chopped onions, and bread crumbs in order to expand the number of portions possible under a minimal budget. It’s around this time that Hamburg dishes became popular among ordinary people. Additionally, in the 1960s, you could say that the rise of pre-made and pre-packaged products gave Hamburg steaks a boost and allowed it to become one of Japan’s general dishes.

As I mentioned earlier, I had believed that Hamburg steaks were western dishes until I started learning English again. As you know, “hamburgers” are popular in Europe and the United states. So I assumed that Hamburg steak dishes would be served at restaurants everywhere. In fact, there are no “Hamburg steak” dishes there. I had no idea! I believe that’s because  you’ve got good “hamburgers!” If you exclude buns from your hamburger, the rest of it is basically  a Hamburg steak, I think. Do you know what the differences are between the two types of hamburger steaks? Let’s compare them!

I read an article about 100％ beef patties for hamburgers do not include fillers, preservatives, additives, or other kinds of chemicals used to enhance flavor or preserve food products. If you mix salt with meat, they can easily get stuck to each other, so you would only need 100% beef to make a patty. On the other hand, Japanese don’t care too much about using 100% beef for the Hamburg steak. Using ground beef and pork is better and tastier than using only beef. Furthermore, we knead all the eggs, onions, garlic, bread crumbs, and milk into the ground meat when we cook hamburg steak. And after cooking, we can rearrange them and make various types of hamburg steaks.

In most cases, we eat it with Tonkatsu sauce but we have a variety of toppings and sauces to choose from,  such as tomato sauce, gravy sauce, demi-glace sauce, Teriyaki sauce, and so on.

1. Mix minced onions and garlic in a bowl. You can add green pepper, carrot, or corn, and so on,  as much as you like.

5. Heat them in a pan until the color of each side changes to darker brown.

6. Turn them over occasionally.

※These are my favorite Hamburg steaks.
(photos below)

In addition to the recipe above:

8. Add mayo, ketchup, tonkatsu sauce, sake, and a little bit of sugar in the pan.

9. Make sure the Hamburg steaks are well coated with that sauce. Done!