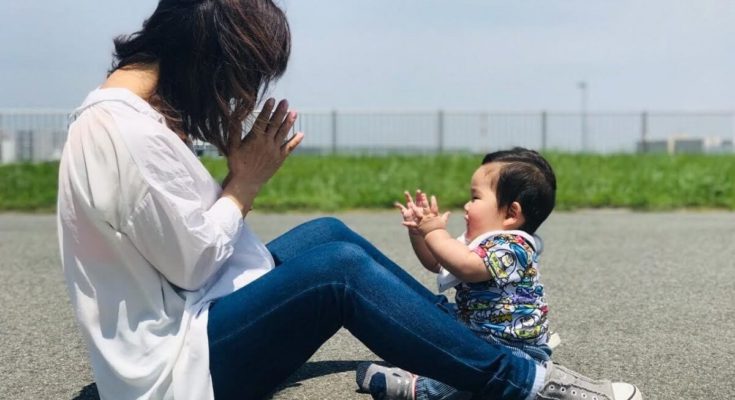 Do you think knowing the name of something changes the way you think about it? I think that the impression you have of something can change based on what you call it. We Japanese people have been feeling and enjoying the various tiny changes of the four seasons since ancient times. Wind, color, cloud, sun, rain… These natural elements can be called a lot of different things in Japanese. Today, I would like to focus on the names of the different kinds of wind. Originally, most of the names were given by those who worked in agriculture and fisheries. It is said that there are more than 2000 words in Japanese just for different kinds of wind. In Japan, the names of the wind vary depending on the seasons, places, and how they blow, and Japanese people can feel the season in each word when they hear it. There are tons of various names for the winds all over the world, but I think that the names for which you can sense its season or some seasonal sign are unique to Japan. It makes me realize that Japanese people are geniuses at naming things. Now, let’s get started and feel the winds of Japan.

A Variety of Looks of Wind

Storms and blizzard winds are the masters of all the angry winds. Those winds are called Kyou-fū (狂風) or Reppū (烈風). Tengu-kaze (天狗風) are winds that blow strongly and suddenly, and Hayate (疾風) is a wind that blows violently and could sometimes be a hazard or disaster.

Taifū (台風) is the Japanese word for typhoon!  We imagine that typhoons occur in a terrible situation. However, the Nowake (野分) is a different kind of typhoon that seems to like to live with humans gently.

~The Breeze that Feels Nice~

The wind that blows calmly is called “Soyokaze” (そよ風), which literally means “breeze.” And the brisk wind is called “Sei-fū” (清風). This word sounds like the wind is smiling.  The Ichijin no kaze (一陣の風) blows a puff of wind and the Yu-fū (雄風) blows strongly but comfortably, and it has a commanding air.

The Wind Names with Color

Do you think that the wind has a color? I want to say “Yes!” Of course, we can’t see the colors, but we can feel their colors.

The color of the wind, “Kaze no Iro” (風の色), makes feel like the grass and trees are swaying. Iro naki Kaze (色なき風),colorless wind, expresses that you can really feel the presence of autumn even though there is no sign of blowing.

A Wind in the Sails of Life

The wind blows from behind you is Oikaze (追い風). It’s a tailwind. The wind that blows in a same direction people are going is called the Jun-pū (順風). It has the same meaning as the previous word. And the wind that blows with good timing from behind you is called “Tokitsukaze”(時津風). It happens in favorable conditions. There is also a sumo stable with the same name in honor of the idea of fortuitous timing. The opposite of them is the Gyaku-fū (逆風), a headwind, and the Mukaikaze (向かい風), which literally means “against the wind.” These winds blow from the direction you are going. An Ada no kaze (仇の風) indicates an unfavorable situation.

The Wind of Four Seasons”

Haru Ichiban (春一番): the first strong south wind in the beginning of spring.

Kaiyose (貝寄風): It’s a remnant of a winter monsoon that blows in early spring, and is mostly a west wind on the beach. This name seems to have come from the fact that the shells are brought by the wind blowing on the beach in spring.

Kunn-pū (薫風): the wind that brings a scent of young leaves in the beginning of summer.

Kuro hae (黒南風): the wind that blows under the sullen dark rain cloud in the beginning of the rainy season.

Shiro hae (白南風): the south wind in the end of the rainy season.

Nowake (野分): a raging wind that strike down grass and trees. It’s a typhoon.

Kin-pū (金風): the wind that rustles ears of rice in autumn.

Kari watashi (雁渡し): the north wind around wild geese across the sea.

Kogarashi (木枯らし): the cold north wind from the end of autumn to the beginning of winter. This wind reminds us of winter because it shows up just as the leaves start to wither.

Oroshi (颪): the strong cold wind blowing down from a mountain in winter. For example, Rokko oroshi (六甲颪) is the strong cold wind that comes from Mt. Rokko, and Zaou oroshi (蔵王颪) is the wind that comes from Mt. Zaou. As a side note, “Rokko Oroshi” is a very famous cheering song for Osaka’s baseball team, the Hanshin Tigers. The song has become an important song for fans because of its powerful wind.

Karakkaze (空っ風): a winter monsoon in a Kanto and Tokai area. A cold, dry wind with downdrafts blows over the winter mountains.

Sometimes it blows strongly and sometimes gently. The wind changes its expression from one moment to the next. Our ancestors lived with each of its moods. People who are fishing in the sea or farming in the fields – as long as you live and work with nature, you have to be sensitive to the change in the wind. The wind blows during the seasonal changes of spring, summer, fall, and winter. The wind tells us tomorrow’s weather. It tells the danger of famine. And it tells of the coming storm… Our ancestors lived and protected themselves from natural disasters while reading the wind’s condition, listening to the sound of the wind, and making a forecast.

In our daily conversation, “wind” is used in a variety of natural ways, such as “reading the wind,” “the direction of the wind is changing,” “smooth sailing,” and “as the wind goes.” It seems to me that how these literal uses of the wind remained for a long time is proof that we Japanese people have been living with it.

How did you enjoy the sound and feeling of Japanese wind’s names? If you enjoyed it, it makes me happy.

Unfortunately, young Japanese people tend to not know so many of the beautiful Japanese names of wind anymore. I hope that not only foreigners learn about the Japanese traditions but that we’ll also cherish these wonderful senses and give our knowledge to our own next generations.

3 Comments on “The Feeling from the Name of Winds”