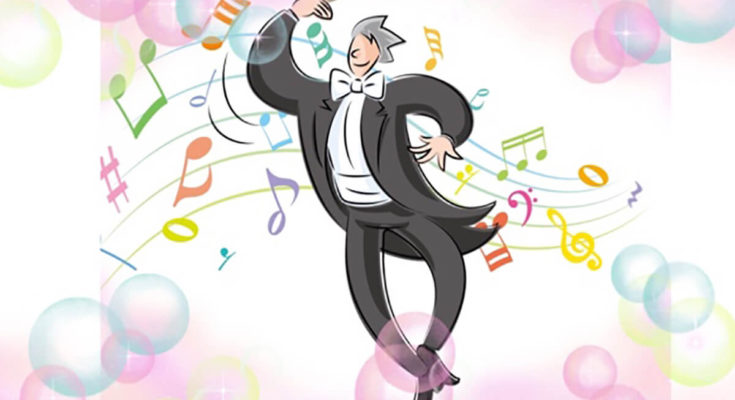 Do you like classical music?  It’s always somewhere around you without you always realizing it. We often hear it being played in commercials, movies, etc. Our ears already have a bit of training towards classical music. I’d like to recommend some ways on how you can choose a method that best fits your needs.

Classical music was developed in Europe because it originated from court music. The court nobles hired musicians and enjoyed the chamber music at a party or ceremony. Those sounds were very influenced by the relatively dry weather of Europe as well as European architecture. The surroundings in which classical music was composed were totally different from the Japanese environment.

In the sixteenth century, classical music was brought to Japan by a priest from the Society of Jesus as religious music. However, it was not widespread – just only played in church.

After that, the English army introduced military music at the end of the Edo period. The Japanese government began to use European-style music in their own warfare. This music gradually grew and became the contemporary Japanese band or orchestra. Nowadays, there are a lot of orchestras that have their own personalities.

Have you heard of his name? You might be familiar with his composition if you’re a fan of the movie Godzilla. It’s the most famous piece out of his works all over the world, and it makes you feel as if you were in a scene of the movie.

He was born and raised in Kushiro in Hokkaido and was highly influenced by the Ainu music. His compositions came from ethnic music that sounded like the wonders and power of nature.

He was not only a composer but also a great music teacher. He taught himself music and got the reward of his long efforts.

Needless to say, he was a talented composer who incorporated the latest technology into his music. He was well-known as an analog synthesizer arranger around the world. He also might be considered as a pioneer because he integrated traditional music and electronic music. His adaptation of classical music using electronic technology was thought of as unique for the time, and “Snowflakes are dancing,” based on Debussy, was nominated for a Grammy Award. His music gained a lot of popularity and included fans like Michael Jackson. In fact, when MJ came to Japan, he dropped by Tomita’s studio.

I’d say he was an avant-garde composer who made a wide range of pieces. He joined Jikken Kobo (実験工房, “experimental workshop”) when he made his debut. After that, he was inundated with job offers such as movies, TV, radio, and so on. There is something unique about his work in which he used traditional Japanese instruments in the music. He was highly acclaimed in foreign countries.Stravinsky loved Takemitsu’s  “Requiem for strings,” and Bernstein asked him to write music for New York Philharmonic’s 125th anniversary event. He wrote “November Steps.”

He admired Debussy and Messian and touched on the sea and the dream in his pieces.The latter part of his life, he tried to make opera music but ended up to dying midway through.

Japanese musical instrument manufacturers have been making an effort to make masterpieces that fit the natural features of japan. They are also highly rated overseas. I’d like to introduce some great instruments here.

There are a lot of professional orchestras in Japan. 25 regular members and 12 associate members belong to the Association of Japanese Symphony Orchestra at the current moment. It’s difficult to decide which is best because all orchestras are going to aim for high quality performances and it would be a once-in-a-lifetime experience.

Generally, the NHK Symphony Orchestra is the leader in the classical music industry in Japan. The incumbent chief conductor Paavo Järvi (パーボ・ヤルヴィ) and the upcoming chief conductor Fabio Luisi (ファビオ・ルイージ) as well as the musicians have great skills like experienced craftsman.

I have to introduce the Mito Chamber Orchestra, a brilliant and talented group. They Belong to Mito Museum, and in the line up are eighteen Japanese players and five foreign players, each of whom is known internationally as a great soloist. The music producer Seiji Ozawa (小澤征爾) is a well-known conductor who is regarded as one of the best in the world (世界のオザワ). Their tickets are so hard to get that it’s kind of like a competition.

Last is a unique company, Tokyo Nikikai (東京二期会), that provides mainly opera. Japanese people are not familiar with opera, therefore Nikikai performs opera in the Japanese language. They set up an in-service training institute and train singers. You are able to learn the stories and the music as if you’re a beginner. They also offer to play music for some orchestras.

The architecture of a concert hall is one of the most important items which often impact the performance. I’d like to tell you my favorite halls, including small as well as large ones.

First, I love Suntory Hall (サントリーホール), which is known as perhaps the best hall in Japan. It is located in central Tokyo. Many big orchestras have performed there, and the front yard has been named “Karajan Square” (カラヤン広場) after the legendary conductor. It has a great atmosphere. I bet you’d like it.

The second is The Symphony Hall, which is located in Osaka. The building techniques are world-class, and many musicians want to perform on that stage.

You’re going to be surrounded by pure sounds and have an amazing experience.

The last is Yatsugatake Kogen Ongakudo’ (八ヶ岳高原音楽堂, “The Hall of Chamber Music”), which is located 1600 meters above sea level in Nagano Prefecture. The capacity is 250 seats, perfect for a small chamber performance.

Wouldn’t it be nice to enjoy a wonderful view and beautiful music at the same time?

I’ve been writing about Japanese one but the basis is in western music. You might want to start with legends such as Mozart (モーツァルト),  Beethoven (ベートーヴェン), Bach (バッハ), etc. If you’re a fan of ballet, you should take a listen to Tchaikovsky (チャイコフスキー). If you’re interested in opera, you can choose Verdi (ヴェルディ) or Wagner (ワーグナー). If you’re big on piano, Chopin (ショパン) would be perfect.

You don’t need to go to a concert at first because you can watch TV programs or YouTube channels easily. I also assume that learning musical instruments could be one of the best ways. All that is left is to start! Enjoy!

Are you feeling like listening to classical music? Actually, classical music has a sense of sophistication. However, it can also be enjoyed by casual listeners as well.

Don’t hesitate to give it a try. I think classical music was made for everyone to enjoy regardless of age, status, or education level. I hope my article inspires you to be able to appreciate the different kinds of classical music that Japan has to offer. Bravo‼︎