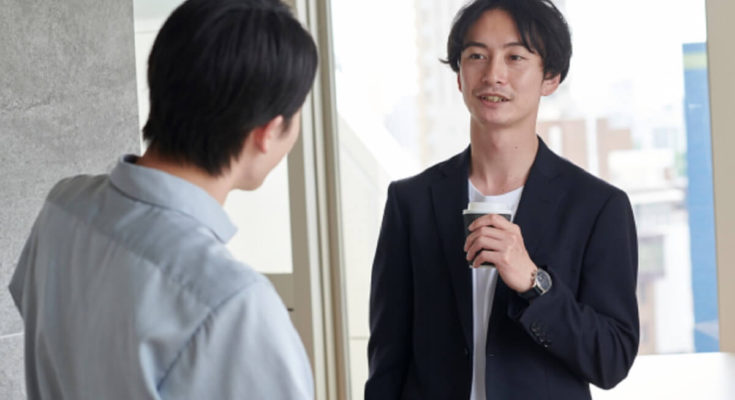 You won’t typically hear Japanese slang in formal places. However, you may use slang if you are a colleague or a good trading partner,  and a lot of slang flies around in everyday conversations between friends. If you hear a lot of slang, it might seem impossible to understand what they are saying. Even if you are Japanese, the kind of slang used by age, generation, and gender is completely different. Sometimes listening to the slang that someone uses is a way to try to  determine someone’s age, and when you use younger generation slang, they may think “that person is overstepping their boundaries and using the words that belong to the youth.”  And the internet slang is more difficult to use. New expressions are always emerging. Some of them turn into everyday slang.

Let me introduce two slang words  that are often used.

This word was a strong, negative-minded word that originally represented “danger” and “terrible situation.” However, it is now more likely to be used as a positive-oriented meaning, such as “awesome” or “incredible.” To determine which meaning the speaker wants to show, you have no choice but to read it in the context of the situation, such as the speaker’s tone,  their facial expression, etc.

Its use is something similar to that of “crazy” and “bad” in English. This slang is versatile and can be used in various situations.

The conversation seems to be concluded with the word,  “Yabai”. It’s a useful word, but if you learn Japanese, you will need more vocabulary so as not to rely too much on “Yabai”.

For example, you shouldn’t use “Yabai” when you talk with your boss or a business associate, such as a trading partner. In special cases, if you add “-desune” after “yabai” (yabaidesune), you could possibly use it with your boss—but only if they are not a very strict person. As long as it’s not a super formal setting, and you use your best judgment, you can use it with every gender and age.

Next, I will introduce internet slang.

All of the phrases above mean “laughing.” In English, laughing is usually presented as “lol,” for “laughing out loud.”  This is probably because people want to tell others their meaning with minimal typing to increase the communication  speed while on their phone, computer, or other device. In Japanese, speakers use the acronym W from (wara) to express the laugh in this one character. And when it’s pretty funny, line up a lot of W.

As you can see below, the phrases”wara(笑)” have changed a lot over time. At first, it changed to “kusahaeru”. And then, the Japanese described “www” as a prairie (e.g., ”それ面白いｗｗｗｗｗｗ”). Next, “kusa haeru” shortened into “kusa.” And when there were quite a lot W, it became a “daisougen” in the sense of a lot of grass. It started using “kusa hukahi” when you couldn’t help laughing.

Interestingly, writing out the whole word, “laughing,” is considered cumbersome on the internet.

People who often use the internet also often use this “kusa” or “kusa haeru” in slang, which is also used daily, but only by close friends. If you use it for someone you’re not close to, they will look at you with a strange face. And if you use it with older people, they can’t understand.

Japanese slang has a different meaning than the original word meant: a word that omits one word, a word that uses foreign words, a new word created by celebrities or young people, and so on. Further, those words may experience repeated changes. There are typical slang words and phrases for each age group, and sometimes the slang used can help people determine your age. Slang that is old, outdated, or obsolete is known as “sigo” and anyone who uses such words may be recognized as an old man.