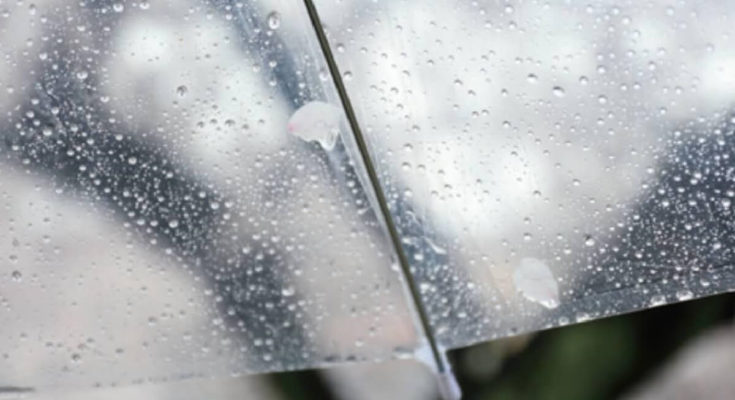 Today I’ll tell you something unique in Osaka.

I live in Osaka. When you walk around in Osaka, you notice that there are many bicycles here and there in front of the stores and on the road near stations. That sight is surely reflected in the data: Osaka has the top bicycle ownership rate in Japan. Furthermore, there is something strange installed on a lot of bicycles. What do you think it is?

It’s one of the items created with benefits and goods that are handy, and that name is “Sasube” (さすべえ). The Sasube is a creative item for holding umbrellas in place. You can ride a bicycle safely without getting wet in the rain as long as you have this. So it has got a fun name. “Sasu” (差す) means “hold,” and “Be” (べぇ) means “Let’s do.” This name already explains what it is. Osaka people love such uniquely-named goods. Sasubes are very popular among housewives in Osaka.

The Very First Story of Sasube

The patent for the Sasube is held by a company called “Unite” in Aichi Prefecture. The Sasube was invented by Mr. Arakawa, the former president of the company. Mr. Arakawa’s grandmother, in her 60s at that time, used a bicycle for her daily outings. One day, on a rainy day, she almost collided with a car. She was holding an umbrella with one hand, and when she braked suddenly, she lost her balance and fell down. She suffered from serious injuries, including a broken wrist and a severe blow to the head. That made him so worried about her daily life that he created the Sasube.

Not only are bicycles necessary for the daily life of housewives, but also students commute to school and workers commute to the station from their house by bicycle. Parents pick up and drop off their little kids at kindergarten, go daily shopping with their kids, go to the park, and so on. Also, if we go out with kids by car, it is hard to look for a parking spot near the destination, and parking costs money as well. In short, we can’t imagine a life without bicycles.

I hate going out on rainy days. Rainy days are so gloomy. But there surely are times when office workers, housewives, and students all need to go out even on such days. If you have plenty of time, it’s no problem to walk instead of riding a bike. But when you have a busy morning and it’s too far to walk to the station, would you wear a raincoat? If you think about the hassle of taking it on and off, you are less likely to wear a raincoat. Do you walk to the station? If it’s close enough, no problem, but I’d rather ride my bike to save time. But since I have to hold an umbrella, I have to ride with one hand. It’s really dangerous. It is also prohibited by law. In such a case, a Sasube will be what you want.

Actually, it’s not just for the rainy days. Many Japanese women are concerned about sunburns, and some statistics show that they spend thousands of yen a month on skincare. Direct sunlight, especially from early spring to summer, is the skin’s worst enemy. Many women use parasols, but riding with only one hand is again, dangerous. The price of a Sasube is about 3,000 yen, and you can use it from the rainy season to summer for only a few dozen yen a day. If you worry about sunburns, a Sasube could be your best friend.

Not Only Rainy Day

On a rainy day, even if the strollers or pet carts can be covered, you will have to operate it with one hand if holding an umbrella. If you cover your stroller on a sunny summer day, the stroller cover might prevent air from getting into the stroller, causing it to become too hot inside.  In addition to bicycles, pet carts, strollers, wheelchairs, and many other items can get a Sasube to protect them from strong sunlight and rain.

In my case, it was really hard to go out with three kids who are two years apart. It takes a lot of time to walk to and from kindergarten with a two-year-old and a zero-year-old. On rainy days, it was impossible to get to places without a bicycle because of the distance. Even when my children were in high school, I was really worried about them going to school on rainy days. It was very dangerous to carry a heavy bag of textbooks to school in a basket with an umbrella. Unfortunately, the children didn’t think that the Sasubes looked cool. They didn’t install a Sasube on their bicycles because they felt that they were for old ladies, called “Osaka aunties” (大阪のおばちゃん, Osaka no obachan).

Sasubes are thought to be used by Osaka aunties. Outside Osaka, most people don’t ride bicycles on rainy days because it looks bad. However, there are many occasions where people have to ride a bicycle even on rainy days. If you have heavy luggage, it is impossible to ride safely with one hand while biking. Recently, there has been an increase in fatal accidents caused by bicycle collisions. With the spread of smartphones, it is dangerous to walk on the street, but there are many people who operate their smartphones while riding a bicycle.

It is not true that you will never get wet if you use a Sasube. Since you are riding a bicycle, your knees, back, and other parts of your body may get a little wet. But it’s not the same as riding without an umbrella. It’s reasonable, easy to put on, and you don’t have to put on and take off your raincoat. You can ride your bike safely. How can you not use something so handy? In Osaka, a city with a rational spirit that values practicality over appearance, bicycles with Sasubes are speeding through the streets today.

Let’s go buy a Sasube and start enjoying the fun rain ride with it today.