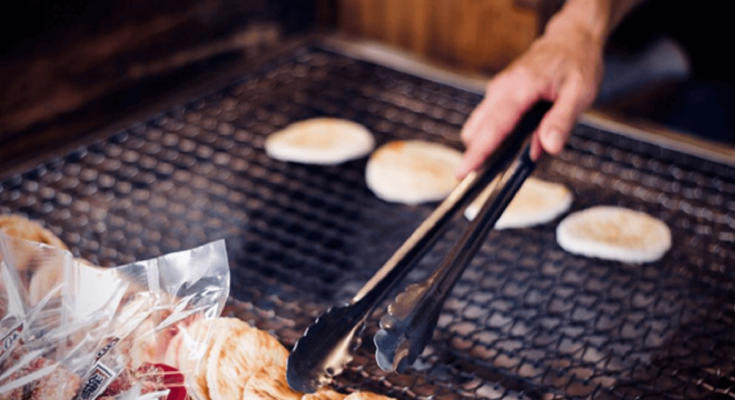 Do You Know SENBEI?

As you know, there are many fantastic foods in Japan. Sushi, Sake, Japanese sweets…. But I think something is forgotten!

It is a kind of cracker but the taste isn’t sweet, because it is made with rice and soy sauce, and cooked simply.

Do you know about SENBEI?

Do you usually eat it?

The History of SENBEI

Let’s take a look back at the history of SENBEI.

There are some theories about it.

Senbei was a staple food during the Muromachi period, and it became a snack only after that.

Originally, the ingredients were wheat and sugar but after that, farmers started to make rice crackers from leftover rice with salt. Around 1650 salt was replaced with soy sauce. It became popular near Edo cities like Shibamata, Kanamachi and Soka. Soka city is especially famous as the birthplace of “Soka SENBEI”.

Available anywhere, forgotten by everybody⁉

You can buy SENBEI anywhere nowadays. SENBEI is sold not only in senbei shops, but also department stores and even convenience stores!

There are many types of SENBEI. Big ones, small ones, spicy, and sweet!

Perhaps old Japanese people still like eating SENBEI but young people in Japan don’t eat it much, because many alternatives exist, such as potato chips and other snacks.

I think people easily forget things which are always there, so SENBEI is forgotten by most people.

Rice crackers have always been a part of Japanese people’s lives.

SENBEI is like a wife who has been with you for many years…too secure to be present.

So, I want to introduce the attractiveness of SENBEI.

The Attractiveness of SENBEI

First, it is really affordable. So you can get it anytime you want. It’s a friend of the common man.

Second, SENBEI is a variety-rich product, with sesame flavor, nori-seaweed flavor, red pepper, zarame-sugar, and so many other flavors that I can’t count!

The third reason (I would like to draw a line through this part), it’s really healthy. Because as I said earlier, the ingredients are mainly just rice and soy sauce, no oil, no chemical seasoning, and low in calories.

Actually, I have eaten it as a main meal and as a snack, depending on my situation. It’s good for me, because It doesn’t make me sick to my stomach, it’s crunchy, and it makes me feel full. Because of them I lost weight!

I’d like to introduce my favorite SENBEI. I subjectively picked them.

Most supermarkets sell it, so you can find it easily. It’s been a popular product for a long time, so I have known about it for many years. Ever since I was a student, this was famous for its deliciousness.

You can also find it easily in a supermarket. Not too salty, not too sweet, I am sure you will like it too. Of course, I eat it every day!

It’s my favorite kind of SENBEI! It’s a SENBEI from Kashiwa city, Chiba prefecture. It’s not a famous area for SENBEI, but it’s really delicious!

After eating this, you will experience the taste of good old Japan.

You will be able to taste the traditional taste of Japan that you cannot find in other rice crackers!

I’m sure there are many more delicious kinds of SENBEI out there.

Healthy, tasty and killing two birds with one stone, SENBEI is a wonderful Japanese food.

I will continue to search for more delicious rice crackers.

I hope this is a great opportunity for you to try some SENBEI!