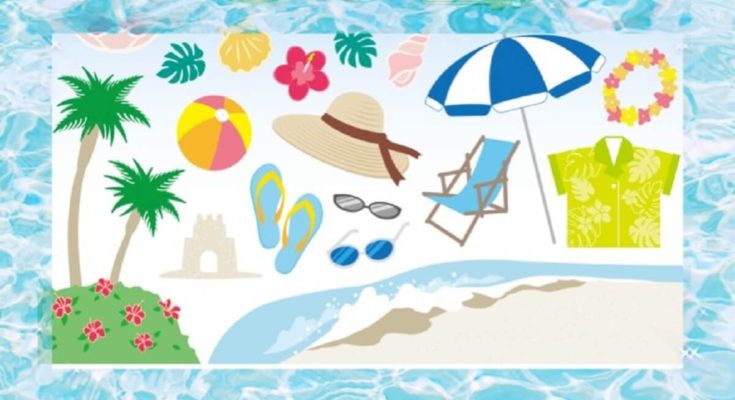 As you may know, Japanese products have gained worldwide recognition. What comes to mind when you hear wonderful things from Japan? Maybe you would say TOYOTA, SONY, Nintendo and possibly Cup Noodles, animation, karaoke as well. Of course, there’s no doubt that they are incredible.

However, I’ll introduce to you something that originated in Japan—something that you would never expect. How are Japan and Hawaii related? Let’s dig in.

〜 Aloha  Shirt (Which you may know as a “Hawaiian shirt!”)

In Japan, this style of shirt is known as the “Aloha shirt,” but you may be from one of the countries that call it a Hawaiian shirt. So, you might think that Aloha shirts originate from Hawaii, right? After all, their motif usually includes tropical patterns, such as waves, palm trees, pineapples, and things like that. However, Japan was deeply involved in the origin of the Aloha shirt.

Let’s dive into the truth and its history.

In 1868, the first immigrants went across the sea to Hawaii. They worked in a sugar plant as laborers and had a tough time. They wore an open-necked shirt made from kimono material while working. That shirt was modeled after European sailor uniforms, called “palaka,” and became popular with local people and tourists. It’s easy to imagine because the Japanese motif looked fresh to them.

Time went by, and immigrants gradually got new jobs in the city and opened shirt factories in Honolulu. They started to adopt common Japanese motifs in a shirt such as goldfish, Mt.Fuji, Ukiyoe, etc. As a matter of fact, they imported Japanese textile from Kyoto or Osaka except in the second world war period.

In 1935, The leading maker of the “Musashiya” shirt advertised their product in the newspaper as an  Aloha shirt for the first time. Ever since, the Aloha shirt industry has developed and spread all over the world.

The Aloha shirt has been a beloved symbol of tropical islands, and is accepted in both casual and workplace settings. For example, hotel staff and city hall officers in Okinawa have recently been given permission to wear Hawaiian shirts to work, in order to avoid overheating.

Officially, they are referred to “Aloha shirt” in Japan as a registered trademark, but  the formal name is “Hawaiian shirt,” which is also the name for it in many other countries as well, including the U.S.

The vintage Aloha shirts are  made of silk or rayon, and their buttons are  made of coconuts, shells, or antique coins. They are quite rare and expensive.

Here are some recommendations for Aloha shirt brands in Honolulu. I hope you’ll find a perfect fit for you!

In a similar way as with the Aloha shirt, beach sandals are originally connected to Japan. Needless to say, beach sandals are well-known as footwear for the beach. But there are few people who know the true history of them. Well, I’d like to give you a background of beach sandals.

After the second world war,  a member of GHQ named Mr. Ray Pastin came to Japan and found Zori sandals for the first time. Zori are a sandal-like type of Japanese traditional footwear and have a thong in between the toes. They are made from pieces of straw woven together. On top of that, they are easy to put on and difficult to take off.

He became interested in them and decided to make one that is suitable for Americans. He cooperated with designer Mr. Shotaro Ikuta from Naigai Co.Ltd, which was established in Nagata ward in Hyogo Prefecture.

Through trial and error, they finally succeeded in developing of an ideal kind of beach sandals, called “Beach Walk”. They gained immense popularity and exported them to Hawaii about one hundred thousands pairs in maximum.

Beach sandals still retain the status of footwear for the beach, it goes without saying. Nowadays, some celebrities or supermodels take them in high fashion not only on the beach but also in the city. They seem to enjoy a mismatch between cheap and expensive.

You must have eaten the Hawaiian Host Chocolate once, haven’t  you? It’s one of the standard souvenirs of Hawaii. As a matter of fact, it’s also related to Japan. Please enjoy the story of Mamoru and Aiko, who were third-generation Japanese Americans.

Mr. Mamoru and Mrs.Aiko Takitani lived in Maui island in Hawaii and ran private confectionary ” Star Ice  Soda Works”. One day Mamoru realized that chocolate goes with macadamia nut by chance. They decided to make an ideal product but at the same time found out another company sold a similar kind of chocolate already.

They aimed perfect chocolate-covered macadamia nut that is semisweet, unmeltable in a climate in Hawaii, and appeal to everyone. They had been made an effort for five years and finally achieved their long-cherished. Thus, they acquired “Ellen Dye Candies” company and renamed it “Hawaiian Host Incorporates” in Oahu island in 1965.

There’s no need to say so, but of course, their business has been thriving all the time.

In 1993, the Mamoru & Aiko foundation was set up to help in education for high school students.

With the thought of the Aloha spirit, they are working in many fields.

I’ll tell you their motto, which is “Indulge with a little Aloha”: 少しアロハにふけろうin Japanese.

If you need more information, please visit the link below.

Thank you for reading my article to the end. I hope you enjoyed the background of the three items and Hawaiian vibes. Do you feel like you are in Hawaii now?

It’s interesting to see how many things started to change while not knowing the origins of these items. Furthermore although the shape looks similar to their prototype, they have been adapted to fit that country’s culture.

Mahalo (thanks), Aloha(see you later)