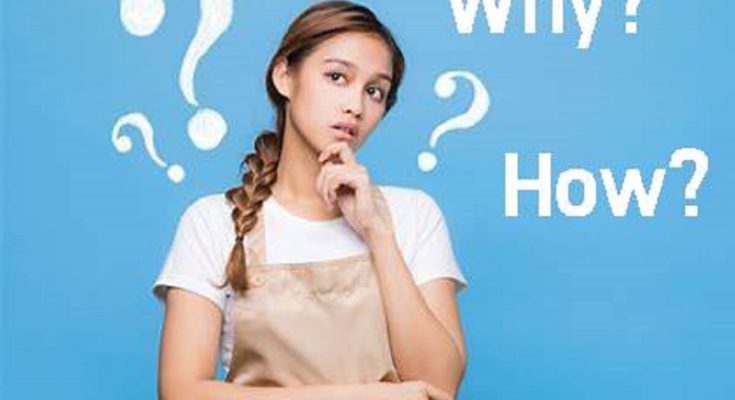 When you visit Japan, you may wonder, “ How do I use this?” or “ Why did Japanese people around me give me the side-eye?” The reason for them can be derived from religious rituals and Japanese customs that have been handed down for centuries in Japan. So, I’ll take 3 typical situations and introduce them to you.

You may know that the staple food of Japan is rice, and Japanese people eat with chopsticks at mealtime. In other words, Japan has a culture of chopsticks, and they have their own particular mannes like using knives and forks. Whenever you eat at a restaurant, you’ll be offered chopsticks. If you aren’t used to chopsticks, the way to use them can be a little difficult, and you may be unknowingly violating etiquette. Such a breach of chopstick etiquette is called “ Kirai-bashi    きらい箸” which means using chopsticks in a manner that is disliked by the others. I’ll show you 3 typical mistakes people make when using chopsticks..

The behavior of sticking chopsticks into rice reminds Japanese people of Buddhist rituals. In Buddhism, this tate-bashi is used to make offerings to the Buddha, which is said to be bad luck.

【Extra】
If you have trouble knowing where to put your chopsticks, you can use a chopstick rest 箸置き. If you don’t have one, a good idea is to fold the chopstick case like origami and use it as a chopstick rest.

(2) Hashi-watashi 箸渡し: Don’t pass food from your chapsticks to someone else’s.

This behavior is also associated with Buddhist rituals. In Japan, cremation-burial is the most common method. So, after cremation of the dead, two people use chopsticks to pick up the bones and place them in an urn. It’s said to be bad luck because hashi-watashi tends to remind Japanese of this situation.

(3) Sashi-bashi 刺し箸：Don’t stick your chopsticks into your food like a fork.

Eating food by stabbing with chopsticks is considered bad manners because it looks like a child who cannot use chopsticks well. If you suck at using chopsticks, feel free to ask for a fork.

If you are invited to a Japanese friend’s house, you might want to bring flowers as a gift. At that time, don’t select bukka (Buddhist flowers) wrapped in white or clear paper as shown in the photo when you come by a florist. In the West, your choice is not wrong because it’s commonly used in bouquets with spray mums (chrysanthemum) as a gift. But bukka that is arranged with spray mums means a general term for flowers offered at graves and buddhist altars. You, who don’t have the custom of Buddhist flowers, may think, “Lovely bouquet!” and buy it. But the Japanese who receive it will be surprised at the bad luck.

However, the chrysanthemum which is the centerpiece of Buddhist flowers is the national flower of Japan, and it’s said to be a noble flower. So the chrysanthemum is chosen with the thought of offering the best to the Buddha. Therefore, they are used not only for Buddhist rituals but also for special seasonal occasions, such as New Year’s Day etc. In Japan these days, flower arrangement for such occasions is becoming less common, but most Japanese people don’t miss buying Buddhist flowers for offerings at gravesites and Buddhist altars. So, many florists place Buddhist flowers in front of their stores.

Japan is said to be a polytheistic country where Shintoism is believed as well as Buddhism. Therefore, this branch with leaves is a sacred branch to be offered to the gods.

The custom to remove your shoes when you enter a house in Japan has become well known. In most homes and ryokans (Japanese style hotels), slippers are placed at the entrance so that people can change into them. Later, when you went to the toilet, you found slippers were placed again. You may be puzzled, “Why are there slippers in the toilet again even though I’m wearing slippers right now?” In Japan, until the early Showa period, Japanese-style toilets were the basic type of toilet and used a pumping system rather than a flushing system. The Japanese style was more unsanitary than the Western style because the surrounding area was more easily soiled, and it was impossible to walk without footwear. However, these days, most toilets  are western-style flush toilets, and more and more households don’t have slippers in their toilets, but many households still keep slippers in their toilets to avoid bringing germs from the toilet into  other rooms. If you find slippers in the toilet of a home or ryokan you visit, be sure to change into them. And when you leave there, remember to take off your toilet slippers and don’t walk around in them. However, this is something that even Japanese people tend to do, so when you notice it, say, “Sorry” and change them immediately.

Scene 3: On the train

It is good to know that many people in Japan are not comfortable eating and drinking on trains. A survey found that about 80% of Japanese people don’t feel good about eating and drinking on a train, especially trains used for commuting. There are some cases where it’s unavoidable, but trains are considered public places, so you need to be aware of your surroundings. So, what is allowed and what is not? In fact, each railroad company is calling for caution, but there are no specific rules, and they leave it up to the morals of the passengers. Candy and gum are OK because they are invisible. Plastic bottled drinks are acceptable because they may be necessary and are less likely to spill.

However, it seems that the manner of “not eating” rice balls, bread, and snacks, etc. on trains is pervasive. In other words, smelly food, food with dregs of food, drinks that may spill, and eating and drinking in crowded areas are generally not allowed. However, on a Shinkansen and other box-seat long distance trains used for travel, it is perfectly acceptable to eat a bento (lunch box) and drinks, including alcohol. It is a good idea to enjoy the view from the window and chat while eating a bento or snacks.