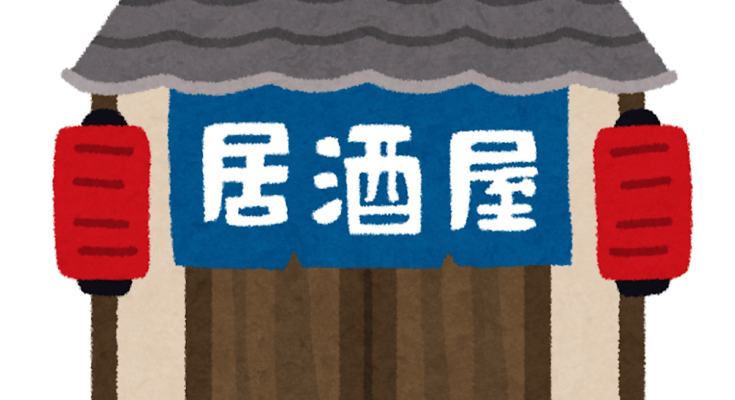 What is Izakaya (居酒屋)?

How does it differ from Western pubs and bars? According to Wikipedia, they are Japanese-style pubs and bars. Compared to Western bars, Izakaya offers a wider variety of foods. So, you can fill yourself up while drinking alcohol. Except for typical Japanese izakaya, there are a lot of styles like Western, Italian, and Chinese, to name a few.

Most of time, they don’t identify themselves as izakaya  on their signs. If you Google the word “Izakaya,” you’ll find interesting-looking restaurants—that is what an Izakaya is! Izakaya are usually a mix of bars and restaurants, so you can enjoy them with groups or alone. Today, I’m going to tell you how to enjoy Japanese izakaya. Let’s get started!

1. Starts with A Beer

Now, imagine you guys enter  an izakaya, and the waiter guides you to your seats. A waiter, who looks like she is wearing a T-shirt and an apron, says, “ Go chumon e desuka? (ご注文いいですか？)” :  Ready to order? You might be upset because you can’t catch what they’re saying. Yes, there is no person who speaks English at this izakaya. Don’t worry about it, I’ll tell you what you should do. When they ask for your order first thing, it doesn’t necessarily mean your whole order at once.

If you look around you, you’ll notice that everyone drinks a beer for their first drink and cheers. That’s what “Toriaezu nama de” is. It means “ I’ll start with a beer for now.” That is a magic phrase that looks you as a local person. I’m not going to lie, often use this phrase. One more thing, you only order your drink first and while they are delivering your drink, you have time to think about your meal. If you can’t order right off the bat, you can say, ” ato de i i masu.” It means you order your meal later.

As I mentioned above, you don’t have to eat all your meals at once. Order drinks first, and order food later. Typical izakaya offers a variety of foods like sashimi, sushi, fried chicken, salads, hot pots, Chinese, Korean, and so on. Except for the busy season, they don’t have a time limit, so you can stay until they close. Before around one-hour izakaya close, they might ask you if you want to order the last meal. Typically Japanese eats rice or noodles at the end.

In this day and age, most chain izakaya has a tablet which you can order, and you might change language to English. If you feel hassle the conversation of order, a tablet is an option.

After you order your drink, a small dish is coming, but you don’t order it. What the hell is this? You don’t have to ask a server that it’s a wrong order. It’s kind of table charge and is called “Otoshi” (お通し) . It is cooked to go with a beer well, and especially, a hall in the wall izakaya  is bending over backwards to make their originality. You can enjoy it.

Generally speaking, they offer beers, sake, shochu, chu-hai, high-ball, whiskey, etc. Occasionally, they have wines. As I said above, typical Japanese men start with a beer and then, have two or three beers. After that, they change from beer to another type of alcohol.

Let me tell you some Japanese here.

5. The Meal You Shouldn’t Miss

Karaage, a fried borne-less chicken, it doesn’t taste anything like chicken nuggets at McDonald’s. It’s another level. The outside is crispy and juicy inside. Although You may get nice Karaage at Convini, you might be a good idea to taste freshly cooked Karaage at an izakaya. Other than that, well you can ask their today’s recommendation, then you can say, “Osusume ha nandesuka? (お勧めは何ですか？)

Imagine that you are drinking alone at izakaya, and there is a stranger next to you. Is that rude to speak to them? Well, most of the time, I don’t think so. People whom you’re talking to might also wait for the time when you start having a conversation, so let’s try to start conversations in the right manner.

We had a blast here, and you’re leaving since it’s getting late. Then you have to check your table, and I will let you know some Japanese.

You can above 1 and 2, and say “Onegaishimasu” afterward.

Last but not least, if you join a Nomikai(飲み会): a drinking party in Japan, then the first Nomikai finishes early time, and you might have a second round. Is it just me? We expect to go to the second round without saying, I’d say. Why do Japanese people stay in one place until the end? I don’t know, but maybe we want to change something to eat or drink. Oh, it’s getting pretty late, so let’s wrap it up tonight before we miss the last train.

That is all for today. How was that? There are tablets we can order in multi-languages these days, but if you learn some simple Japanese phrases, I bet you’ll enjoy deeper izakaya culture in Japan. Thank you for taking the time to read my article to the end. See you next time soon! 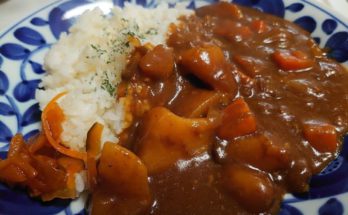