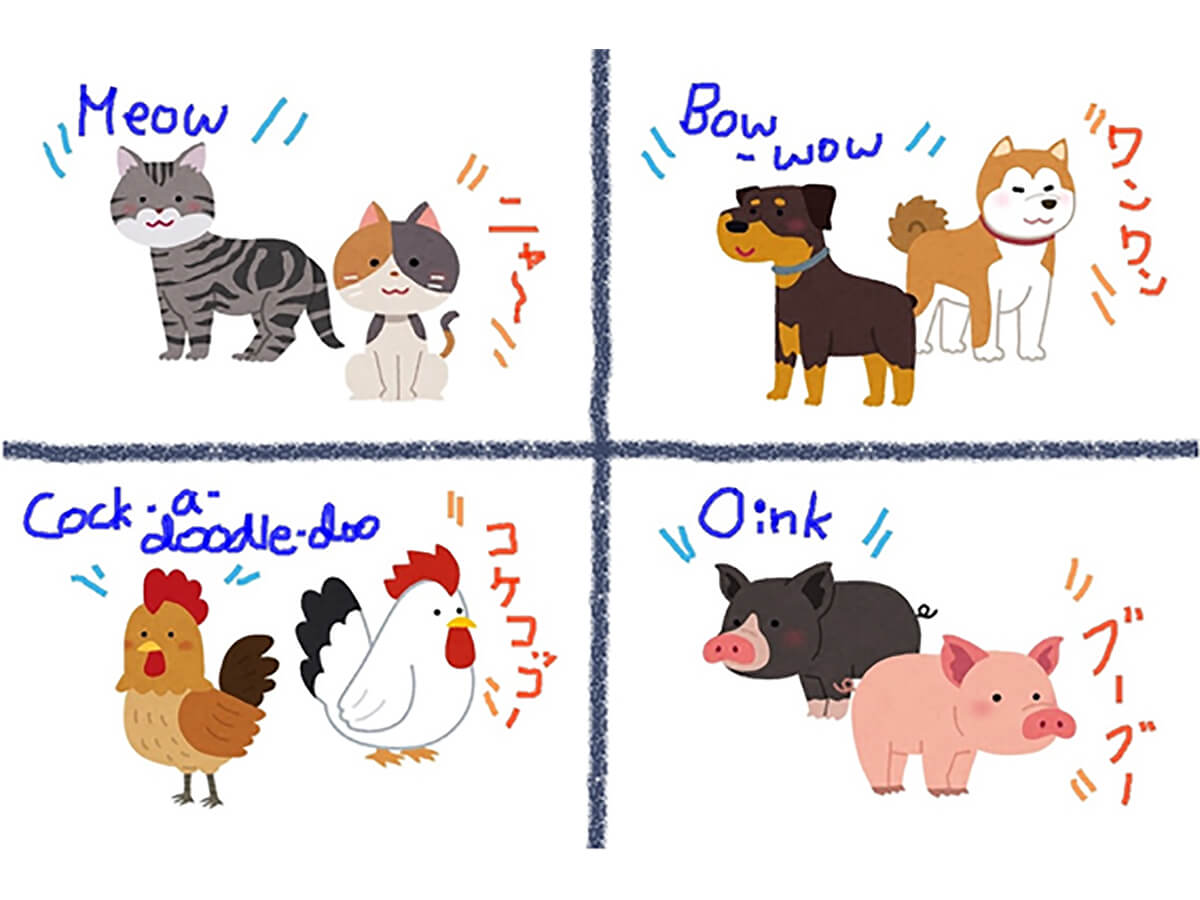 Do you know what an onomatopoeia is? If you have read Japanese manga, you would have seen a lot of them there. This time, I’ll introduce the differences of onomatopoeias between English and Japanese by talking about some words and some unique Japanese onomatopoeia.

Onomatopoeia is the process of creating a word that phonetically imitates, resembles, or suggests the sound that it describes. Such a word itself is also called an onomatopoeia.

It consists of an imitative word and a mimetic word. Every language has both of them and it is said that there are a huge number of them in Japanese compared with other languages (The exact number is not clear. It is said that thousands of them are commonly used in Japanese, and about 200 are used in English). So if you learn Japanese onomatopoeia a lot, you would be able to expand on how to express yourself in Japanese.

3. Onomatopoeia for Vehicles or Situations

The sound of a horn in English is “honk honk” or “beep beep,” and it’s “プップー / puppuh” in Japanese. But speaking of vehicles, the sounds of the horns of cars themselves, especially like a police car or an ambulance, are different depending on the country and the type of car. So no wonder there are big differences between them. However, I think  the sound of running trains is, almost the same in every country, but it’s “clickety-clack” in English, and “ガタンゴトン / gatan-goton” in Japanese. Why are they so different? It’s interesting, isn’t it?

When it comes to sound expressions to suggest situations or things, they are way too different. By seeing that cherry blossoms are fluttering, Japanese people describe that the blossoms are “ヒラヒラ / hira hira” (and) falling. The children’s song “Twinkle Twinkle Little Star” is sung around the world, and the word “twinkle twinkle” is “キラキラ / kira kira” in Japanese. The words “hira hira” and “kira kira” are adverbs to make up for describing how the blossoms or stars are in this case.

4. Onomatopoeia of Emotions, Feelings, or Atmosphere

Japanese people often use onomatopoeia to express their emotions or the atmosphere that they are in. For example, the sounds and expressions of the lively atmosphere such as that of a party are “ワイワイ / wai wai” or “ガヤガヤ / gaya gaya.”

When someone is crying, it is expressed with the sound “シクシク / shiku shiku.” The emotion of being shocked is “ガーン / gahn,” and the attitude when someone is disappointed is “ショボーン / shobon.”

When your boss is mad and nagging you, his attitude is expressed with the word “プンスカ（ブリブリ）/ pun-suka (buri buri),” and the expression of nagging is “ガミガミ / game gami.” Also, the feeling of being frightened is “ビクビク / biku biku..

If you see someone walking while being “フラフラ / hura hura” at midnight, maybe he/she is drunk. The word “フラフラ / hura hura” describes the situation of being dizzy or someone being unsure of his/her footing. The drunk person is “ヘベレケ / hebereke” in Japanese, and they look like “ベロベロ / bero bero” or “グデングデン / guden guden.” These two words express how the drunk person is behaving.

Since Japanese people enjoy the sounds of some insects as one of their customs, there are lots of sound expressions for them in Japanese. For example, “カナカナ / kana kana,” “コロコロ / koro koro,” “リーリー / lee lee,” and “スイッチョン / suichon.” For me personally, some of them are just noisy, but some of them have beautiful sounds for sure. What do you think?

In the end, I’d like to introduce a really unique Japanese onomatopoeia to you. I’m sure you can never find this sound expression around the world except in Japan. It describes the sound of a big peach drifting down the river.

If you have a chance, please ask aJapanese person “What is ‘domburako’?”

Thank you for reading this article! I’m grateful to you. This time I mentioned only a few Japanese onomatopoeia and they are different depending on the region in Japan. I’ll also introduce other onomatopoeia in Japan to you if you want to know more!

Thank you very much!

I enjoy sake, craft beer, wine, whiskey, etc. depending on the mood, and I enjoy communicating with people I meet at izakaya or bars. One of my dreams is to share the deliciousness of Japanese sake with people overseas.