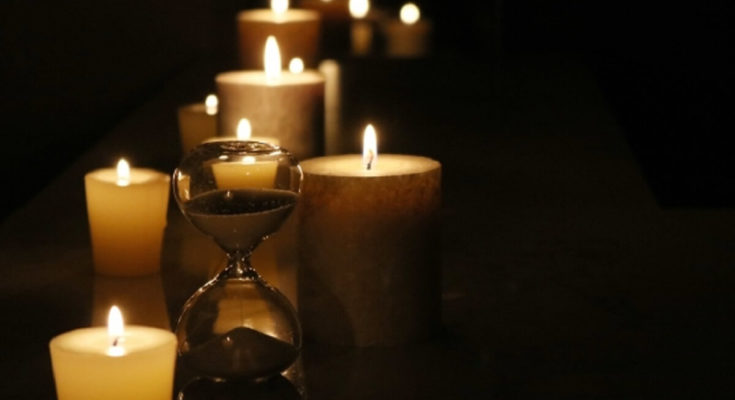 Do you believe in ghosts or paranormal activity? Let’s take a look at some examples of paranormal stories from Japan that you may or may not know about.

I’m going to introduce to you the three most infamous ghosts from the Edo period in Japan.

There was a woman named Oiwa who had a smallpox mark on her face. She had no chance to fall in love because she was ugly looking. Her father made an arranged marriage, and she got married to a man named Iemon(伊右衛門). But her happiness didn’t last long: Iemon cheated on Oiwa and lashed out violently to try to get her to get divorced. One day, Iemon forced Oiwa to eat poisoned rice porridge, and she died.

After that, Iemon remarried another woman and had children, but they all ended up dying unnaturally because of Oiwa’s curse. Her usual phrase is “I’ll never forgive you” (“恨めしや〜,” “Urameshiya”).

This story has been performed from movies all the way to Kabuki. Every actor or actress who has been selected to perform in this story must visit a shrine for purification. Oiwa’s character was based on a real woman; it’s said that she was a good, common housewife.

She currently lies in the Yotsuya-Inari shrine in Tokyo.

I’m going to talk about Okiku’s story. She worked for a wealthy family as a maid all day long. One day she accidentally broke a plate that was a family treasure. She didn’t make excuses because she was just a young, unimportant maid. She was blamed and got sentenced to death and thrown into the water well. The very next day, she started appearing and counting dishes: “One, two, three…Oh, just one plate is missing” (In Japanese, ”一枚、二枚…” “Ichimai, nimai…”).

Did she want to prove her innocence or was she just looking for the tenth plate to be responsible?

According to another version, that story was from the Ban-shu (播州) area, present day Himeji. There is Okiku’s water well in Himeji Castle as evidence.

There was a young beautiful couple, Otsuyu and Shizabro(新三郎), in town. They fell in love at first sight and promised to meet again. However, because Shinzaburo hesitated to contact her, it was embarrassing. Otsuyu waited for him for a long time, and she got badly sick and eventually died. She didn’t forget him until the end. Shinzaburo got to know about her death and regretted that he didn’t go visit her.

One day, someone came over to his house; surprisingly, it was Otsuyu. Shinzaburo let out a cry and asked her, “Are you alive?” After that, Otsuyu began to visit him every night and leave in the morning. A friend of Shinzaburo saw it, and he noticed that she was a ghost. He put a Ofuda talisman on the entrance door of Shinzaburo’s house to protect him. Otsuyu got depressed and told him, “Why do you block me out? If you hate me, I’ll never appear again.” Finally, Shinzaburo let her come into his house, and they departed this world. The source of the title “Peony Lantern” was that Otsuyu’s attendance women held a lantern on a beautiful peony.

What do you make of those three women? Do you realize anything about their situation? In all ages, women are oppressed by men and society.

The issues of the violence, power, harassment, and stalking could have happened to anyone. Those stories must teach us how to treat other people regardless of the era of history.

I’d like to think that they were pure and earnest people worthy of being loved.

Nowadays, Japanese horror movies are rated very highly all over the world. I’m going to introduce three movies in which one of the central themes is modern technology.

First of all, “‘Ring” was maybe the precursor to the modern trend of Japanese horror. The main character, Sadako, was a typical female ghost who wears a white dress and has long hair. The story goes that there is a cursed video tape that makes those who watch it die unless they give it to someone else within a week. Sadako and her mother both have psychic abilities, but a scientist took advantage of them. It made Sadako’s mother die. Sadako also fell into a well and died. The scene where Sadako comes out of the TV and attacks people is very scary.

The second one is “Ju-On” or “The Grudge” (“呪怨,” “Juon”), which was a box-office movie. The story is about the mother, Kayako, and her son, Toshio, who appear at a typical haunted house. They were killed by Takeo, who is their husband and father, because he was suspicious that Kayako was cheating on him. The people who go to that haunted house end up dead.  Sadako moaned like “Ka, Ka, Ka” when she was being choked to death. She was put in the ceiling and haunts it when anyone comes. Toshio also meows like a cat in the bathroom. It makes you scared.

The last is “One Missed Call” (着信アリ, “Chakushin ari”). One day, a student got a creepy voice message on her phone: It was the sound of her own scream. After two days, she died. Her friend realized that there was something mysterious about her phone call. At first, It was just nothing, but the fear started. All of the victims died in painful ways and had a red candy in their mouth. It was caused by a ten-year-old girl named Mimiko who died accidentally. She was abused by her mother in spite of her weakness. Her anger changed to desire for revenge and was the key to this incident. In order to prevent this happening to you, you should make sure to set up your phone to block incoming calls from your own number!

What do you think about those movies?

Did you notice anything different about these modern horror stories? In contemporary horror, they are all random targets where even unrelated people are dragged in. Your daily life might not be safe, and you don’t know what will happen tomorrow.

Human beings have been creating convenient devices, but we won’t be able to handle them someday.

There was a great author from overseas.

He was a writer who was born in the Greek island of Lefkada and had an Irish father and a Greek mother. Their family moved to Dublin; after that for some reason his aunt took care of him. He lost his parents in his teenage years. As time went by, he graduated university and explored France, the US, the West Indies, and Japan. He was a great journalist but settled down as an English teacher in Matsue in the Shimane Prefecture. He decided to stay in Japan until the end of his life. He married Setu Koizumi and took the name of Yakumo Koizumi (“Yakumo” means ““many clouds grow”).

Yakumo started to work in middle schools while at the same time he translated Japanese novels into English. The most famous translations are the “Kwaidan” stories “Miminashi-Hoichi.” Thanks to him, Japanese horror stories were spread all over the world. His phrases gave a good picture of characters’ lives, and his novels appeared in school textbooks. I recommend you to take a look at the novel in his museum.

Kokkuri-san is a kind of fortune telling. It was a fad in the ‘70s, and people believed that it was a paranormal phenomenon, and it became popular among young people. In order to do it, four people sit around a square board with all the letters of the alphabet on it. You put a ten-yen coin in the center, and everyone touches it. You call on the fox spirit Kokkuri-san; if you get some reaction, he is there. If you ask him a question, he answers by moving the coin to different letters to make a word. For example, you might ask, “Where are you from?” And he might respond, “H-E-L-L,” or something like that.

It was a mystery as to why the coin moves unexpectedly. Nowadays, we know that it’s because of automatism and not because of spirits. However, you shouldn’t play it in a carefree way; you should only play with respect.

This is a typical school horror story in whicha girl’s ghost haunts the bathroom. There are various situations, but the typical story is that she lives in the third stall from the back. If you ask her, “Are you there?”’ she would open the door and drag you into that stall. You should wait and see until anyone knocks on the door. It’s said that Hanako was killed by a degenerate and ended up haunting the bathroom.  Believe or not, it might be fiction, but in my opinion, Hanako is a symbol of a little girl who hopes to make friends

The origin of this story is not certain. It’s being said that the woman with a Glasgow smile appears in the evening. She puts on a facemask to conceal her scars and ask people if they think that she is beautiful or not. If you answer “Yes,” she takes off the mask and shows her real condition and says, “Do you still think that I’m beautiful?” If you say, “No,” she suddenly and wordlessly stabs you. In the ‘80s, this rumor flew around so quickly, and young people, especially elementary school students, were filled with fear of her.

I’d say this story tells you that good boys and girls should go straight home. But be careful: Since everyone has been wearing masks recently, Kuchisake-Onna might be closer to you than you think.

Did you get goosebumps? Japanese horror stories are called “Kaidan.” The traditional way to enjoy them is in a cool breeze in midsummer and performed at Rakugo, Kabuki, storytelling plays, and so on. People experience them and learn about human life. To be honest, I’m assuming that humans are scarier than ghosts. You’ll never know what happens in the future, so always pay attention to others and to the condition of the world.

Be prepared and you’ll have no regrets.

2 Comments on “Spine-Chilling Stories in Japan”