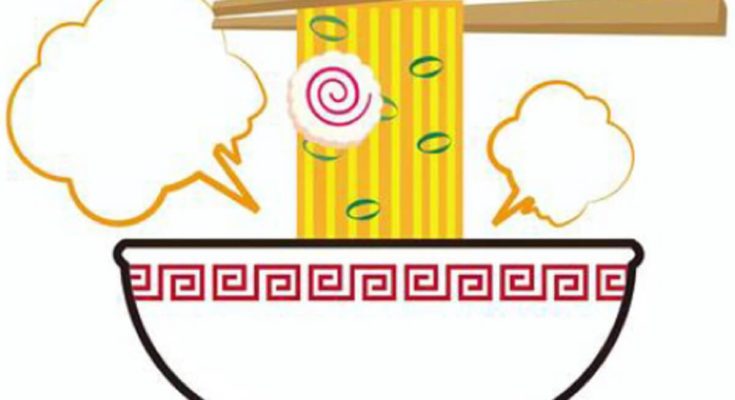 Japanese ramen noodles have attracted many people from all over the world. Generally speaking, their origin is Chinese noodles, however, the actual dish is not exactly the same. Like “curry” or “pasta,” Japanese ramen noodles came from abroad, went beyond the copy and became the original dish.

Born as Another Kind of Soba Noodles for Eating Out

In Japan, “soba,” a buckwheat noodle and “udon,” a thick white noodle made of wheat flour, have already gained popularity as daily foods. So the noodles served at Chinese food stalls were called another kind of “soba.”

In the 1880s, it was called “Nankin soba”「南京そば」as another kind of Chinese-style soba noodles with salt-based soup. “Nankin” means Nanjing City in China, and in this case, it was recognized as “Chinese” noodles for Japanese people.

In 1910, at Rairai-ken 「来々軒」in  Asakusa, Tokyo, the owner hired 12 Chinese cooks who worked at Yokohama Chinatown, and ordered them to create a noodle dish which would suit the Japanese palate. In this way, a Chinese noodle dish which was made for Japanese people’s taste was born. It was called “shina soba” 「支那蕎麦」and gained great popularity.

A key element of “shina soba” was a soy sauce based soup, which had been a very familiar taste with Japanese people. (Later it was called “Tokyo ramen”).

In 1923, when the great Kanto earthquake hit the Tokyo or Yokohama area, stores which served shina soba or Nankin soba were destroyed, and these chefs had to find another way to support their lives. The answer was using more Chinese-noodle mobile stalls, called “Yatai” 「屋台」 in Japanese, than ever.

These stalls walked around the city or town, especially at night, with a special melody called “charamela,”  a street vendor flute-sound.

As you can see in this video, a bowl of ramen noodles which we can savor outside, along the streets, has been very popular, especially among those who need a late dinner or want to savor ramen noodles after drinking alcohol at night.

Packed Dried-noodles Will be Cooked at Home

After World War II, Japan faced a nationwide famine. In 1958, a packed dried-noodle named ”Chicken Ramen” was launched on the market by Nisshin co. with the goal to help end the hunger in Japan. All you have to do is to pour in hot water and wait for 3 minutes and simmer in the saucepan for 1 minute.

It was Momofuku Ando, an entrepreneur and the founder of Nisshin corporation, who invented this noodle. His basic ideas of his instant noodles are delicious, nonperishable, easy to prepare, inexpensive, and safe & sanitary.

“Chicken Ramen” became a great success, and the word “ramen” gained popularity. Since then, people call this food “ramen” 「ラーメン」instead of calling it Nankin soba, shina soba, or Chuka soba「中華そば」.

Since then, “ramen” can be eaten out, or cooked at home. Its possibilities have been expanding. Here’s the procedure of how to make “instant ramen” at home.

According to his survey in the 1960s in the United States, Momofuku Ando, the head of Nisshin Co., noticed that the people in the US regarded “ramen” as a soup rather than a noodle. And they eat it by using a fork, not chopsticks.

In 1977, Mr. Ando produced quick-made noodles in just 3 minutes called “Cup Noodles. All you have to do is to pour in hot water and wait for 3 minutes. And you can savor this food directly from the package itself.

Mr. Ando was satisfied that the cup had three functions: as a package, as cooking gear, and as tableware. However, the first launch encountered some trouble. Wholesalers were skeptical about this product, especially the price. Actually, Cup Noodles are fairly expensive compared to the packed dried noodles, and the owners of supermarkets were doubtful about its sales potential.

Then, Mr. Ando created a vending machine with hot water supply equipment. And started selling the “Cup Noodles” along the streets. Consumers can buy it, pour the hot water in it, and savor it by using a plastic fork.

The Origin of “Ramen”?

The pictures below are “la mian,” an extended noodle made of white wheat flour.

Probably this Noodles’ name sounds very similar to Japanese ramen. Though it looks similar, it is much closer to Udon Noodles in Japan. Special soup is not necessarily used for la mian. And la mian itself is an extended noodle and served in various ways on  plates or bowls. In this way, it is a different delicacy than ramen.

The next pictures are tag mian, Chinese noodles with soup. This dish was supposed to be a model of “ramen.”

The First Ramen in Japan?

According to a survey, there are two legends about the first ramen in Japan. One was tasted in the Muromachi period in 1488, and the other was savored in the early Edo period by Tokugawa Mitsukuni in 1697. Which was the first?

These two facts have not been proven yet. This topic has also been controversial among the enthusiasts of ramen noodles.

“Ramen noodles” were first exported since the 1960s, and savored in various ways. Can you accept these recipes?

Ramen as a local speciality is also common in many cities and towns in Japan. The 3 ramen noodles above are quite popular; Sapporo, Hakata, and Kitakata.

Thanks to Japanese creativity, we can savor various kinds of ramen noodles in many places in Japan. Please check this link: https://youtu.be/vji3NkKOf_A

“Japanese ramen noodles” have endless possibilities to keep growing and entertaining people with their fantastic evolution. They are fabulous things to share.

Finally in my taste, I have had a strong affinity for a bowl of shoyu ramen, soy sauce based soup and wavy shaped noodles, served at an affordable price in a local ramen shop. It is a highly recommended one.