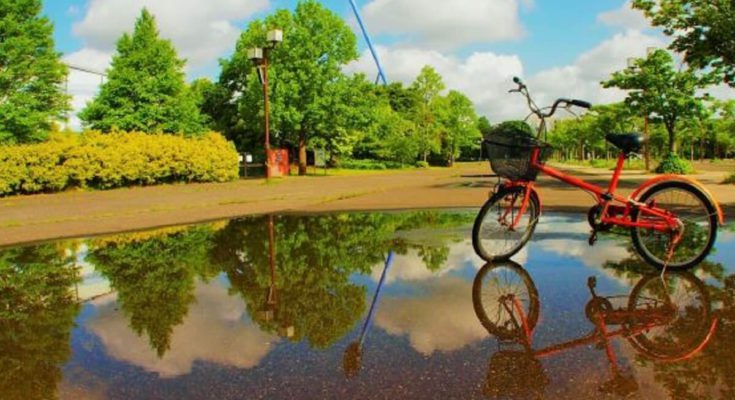 There are four seasons in Japan. Spring, summer, autumn and winter. The changing of the seasons is ambiguous these days though.

We have “tsuyu” between the end of spring and the start of summer.

We can’t say it is “tsuyu,” but some other seasons are rainy like in Australia. This country’s rainy season is from November to April of the next year.

Although the United Kingdom does not have a rainy season, rainfall is frequent throughout the year. This is well known.

What is the Etymology of “Tsuyu”?

Why do we call the rainy season “tsuyu?”

This appears to be derived from a Chinese word. It was used to mean “mold” because it is the time of year when mold tends to grow, but it has the same sound as”ume,”which used to mean “plum” now is called “rainy season.” The reading seems to have changed from the “baiu” to “tsuyu,”the kanji which has the meaning of “mold” was used for it, but it was changed into the kanji that has the meaning of “ume” in Japan. Because reportedly, the ume (plum) ripens between late May and late June.

I think many people are in trouble with those things.

But there are many things that have come from good ideas. For example, the umbrella that cannot be broken easily,  Gore-tex shoes and clothes and we have a washer and dryer!

There are fabric softeners that reduce the smell of room-dried laundry.

So there are many things that can help us to get over the troublesome “tsuyu”.

Things We Can Try Because of  “Tsuyu”

I think we should not think about “tsuyu” as being negative; we should accept it in a positive way. So I recommend you find things that you can do in “tsuyu.”

Going out in the rain is a chore.

When you are in a room more often, you are concerned about the condition of the room, aren’t you?

During “tsuyu,” why not try a little major room cleaning?

By the time you’re done cleaning, you’ll definitely feel refreshed with a sense of accomplishment!