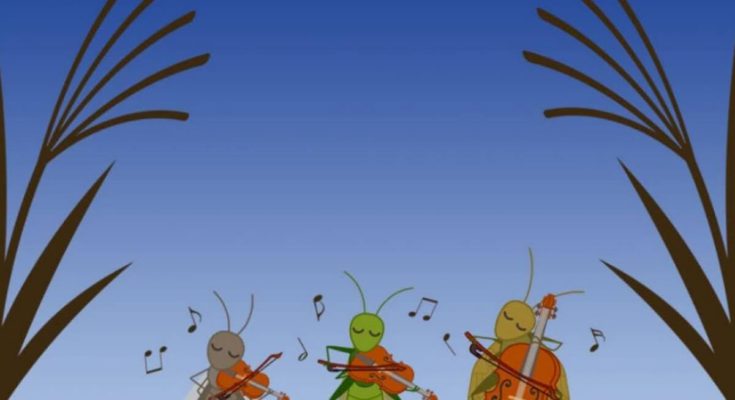 In September, when the air is turning from summer to autumn, we know that autumn came. Speaking of autumn in Japan, autumn is a season of various activities. We call them many things, such as “the appetite of autumn,” “the arts of autumn,” “reading of autumn,” and “sports of autumn.” How about you? When do you feel autumn? What does autumn remind you of? Japan offers a lot of autumn events: festivals, color leaves, fruits, mushrooms, sports day, and a harvest of delicious rice. Autumn in Japan satisfies our feelings as well as our appetite.

Now, when I was a child, my mother and my great-grandfather taught me how to feel the shifting season and weather from nature around me, the color of sky, shape of clouds, winds, the color of trees, and things like that. We know that the difference in cicadas’ sounds tells us whether it is the beginning of summer, mid-summer, or the end of summer. We  grow our great sensibility from nature while our parents and older people teach us.

In autumn, we Japanese listen to the MUSIC of insects. Music? You may question this word. I learned a child song “Mushi no koe” (虫の声) in elementary school. The title literally means “Voice of Insects” and shows one of the examples of Japanese people enjoying nature. For Japanese people, the chirping insects of autumn are a familiar reminder of the season, so the sound of insects coming from the grass makes us feel that it is autumn.

I tried to explain this song “Mushi no koe” in English below. Take a look and listen to the song.

↓This is the actual sound of insects.
Five Orthopterid Characters of Mushi no Koe (Japanese Children’s Song)!!

It’s an interesting song, isn’t it? A culture of listening and enjoying insects’ sounds started  around the Nara period, from 710 to 784 AD. That genteel activity of enjoying insects’ sounds became popular among nobles first. Nobles enjoyed keeping bell crickets and other chirping insects in beautiful insect cages made of bamboo. After that, ordinary people kept these insects in their house and enjoyed these songs as an autumn melody. To this day, we can hear these voices anywhere in autumn, not only in the countryside but also in the cities of Japan. And you can also buy some insects, mainly bell-crickets, at a home center easily. Would you try having insects as a pet?

From one science study

According to one research, this difference seems to depend on which part of the human brain is used. In a human brain, the right brain is sometimes called the musical brain that processes music, mechanical sounds, and noises. The left brain is called the language brain and is said to be responsible for logical and intellectual processing, such as understanding human speech. This is the same for both Japanese people and Westerners, but they have found that there is a difference in which brain is used to hear the sound of insects. Japanese people listen with their left brain, or language brain, while Westerners listen with their right brain, or noise-sensing brain. This means that Japanese hear the sound of an insect as an insect’s voice, whereas, for Westerners, it is nothing more than noise. That’s why Japanese people do not become bothered by it as if it were noise.

Vowels, insect and animal sounds, and all sorts of nature sounds (waves, wind, rain, and murmuring streams, etc.) are heard in the left brain for Japanese people, like a language, and, for Westerners, in the right brain, like musical instruments and noise. The Japanese brain processes these natural sounds with the linguistic brain, which may have led to the advanced development of such things as onomatopoeia and mimetic words as well as  many lyrical haiku and tanka poems that use sound to express their feelings. This sensibility is something for the Japanese people to be proud of, I think. I wrote another article about Japanese sensibility before. Here is that link.

I believe being able to get strong feelings from nature makes us rich and highly emotional. My mother taught me to enjoy the seasons. It’s easy to enjoy the autumn also just by putting autumn leaves on a table. I did to my kids like my mother did. And now, I bought some bell-crickets in September because I want to hand down how beautiful insects’ voices are to my grandsons. They were interested in them and excited to watch them all the time. We Japanese should cherish our sensibility and feelings we get from seasons and nature in the future. Would you try enjoying it? Thank you.